Hello my pumpkins! Today, I am sharing with you the 10 movies that had an impact on me, that really changed me and I could watch a thousand time. They are basically my top 10 favorite movies of all time. I do watch a lot of movies and recommend a lot of movies so it was so hard for me to narrow it down to 10 only. I even decided to add an “Honourable mentions” section, just to mention the movies I really love but I don’t think they should be in my top 10.

If you want to know the 10 movies that had an impact on me, then keep on reading. Don’t forget to check out my previous post : REVIEW // Lash Slick Mascara by Glossier

10 Movies that had an impact on me

The Lord Of The Rings trilogy 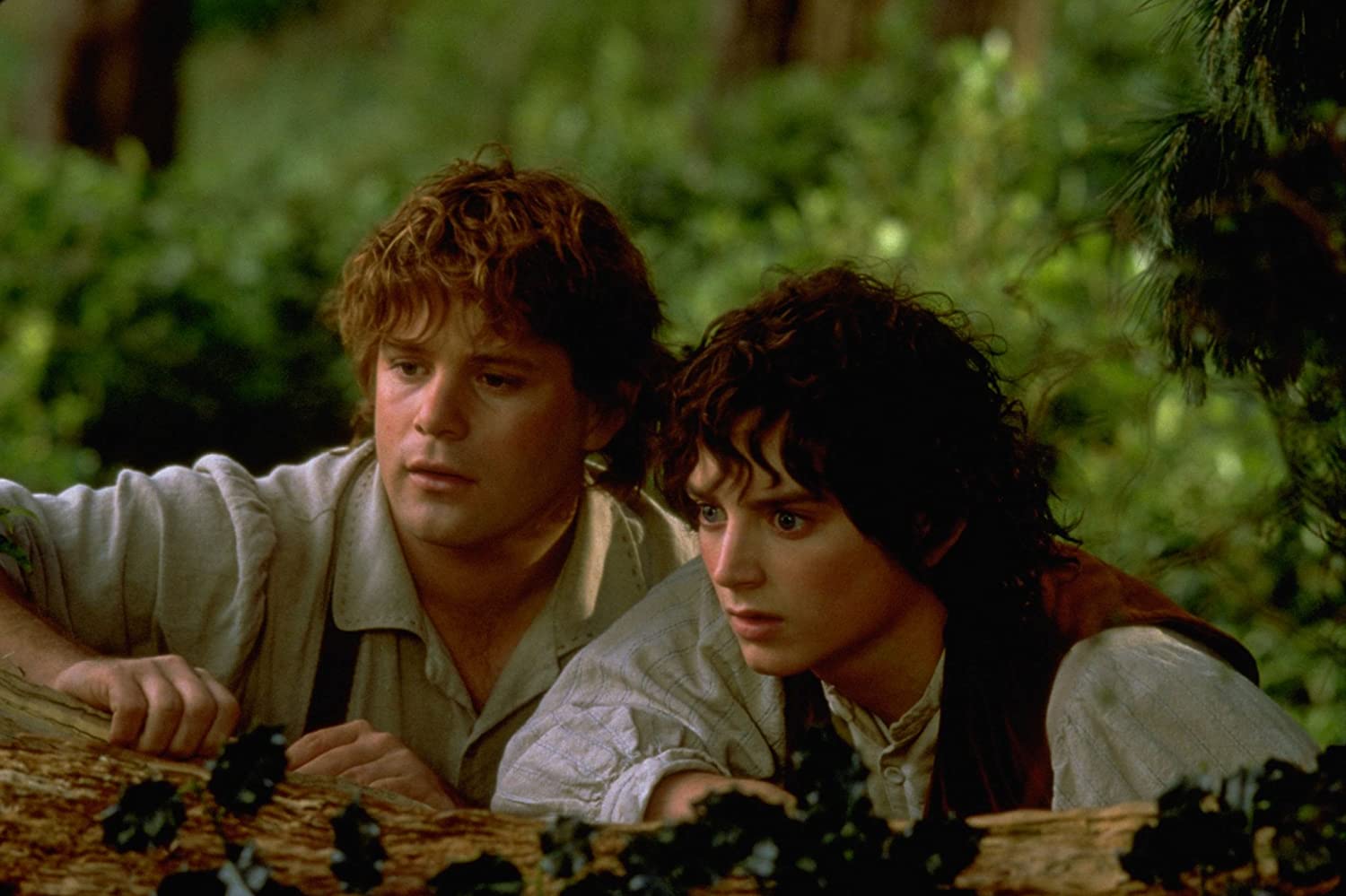 “A meek Hobbit from the Shire and eight companions set out on a journey to destroy the powerful One Ring and save Middle-earth from the Dark Lord Sauron.”

The first movie on top of this list is, of course, the Lord Of The Rings. No film has ever made an impact on me as much as this trilogy. It is, in fact, my favorite movie of all time. It’s the one movie that got me into movies in the first place and that inspired me to pursue a career in the film industry. I cannot express how much I love this movie and how it makes me feel, so I won’t try. Just know, that I cry every time I watch it because it is so perfect. Also, objectively, it’s one of the best movies in the industry. Everything in this movie is perfection ; the story, the characters, the visuals, the locations, the costumes, the acting, the music. This movie is PERFECT. Fight me. 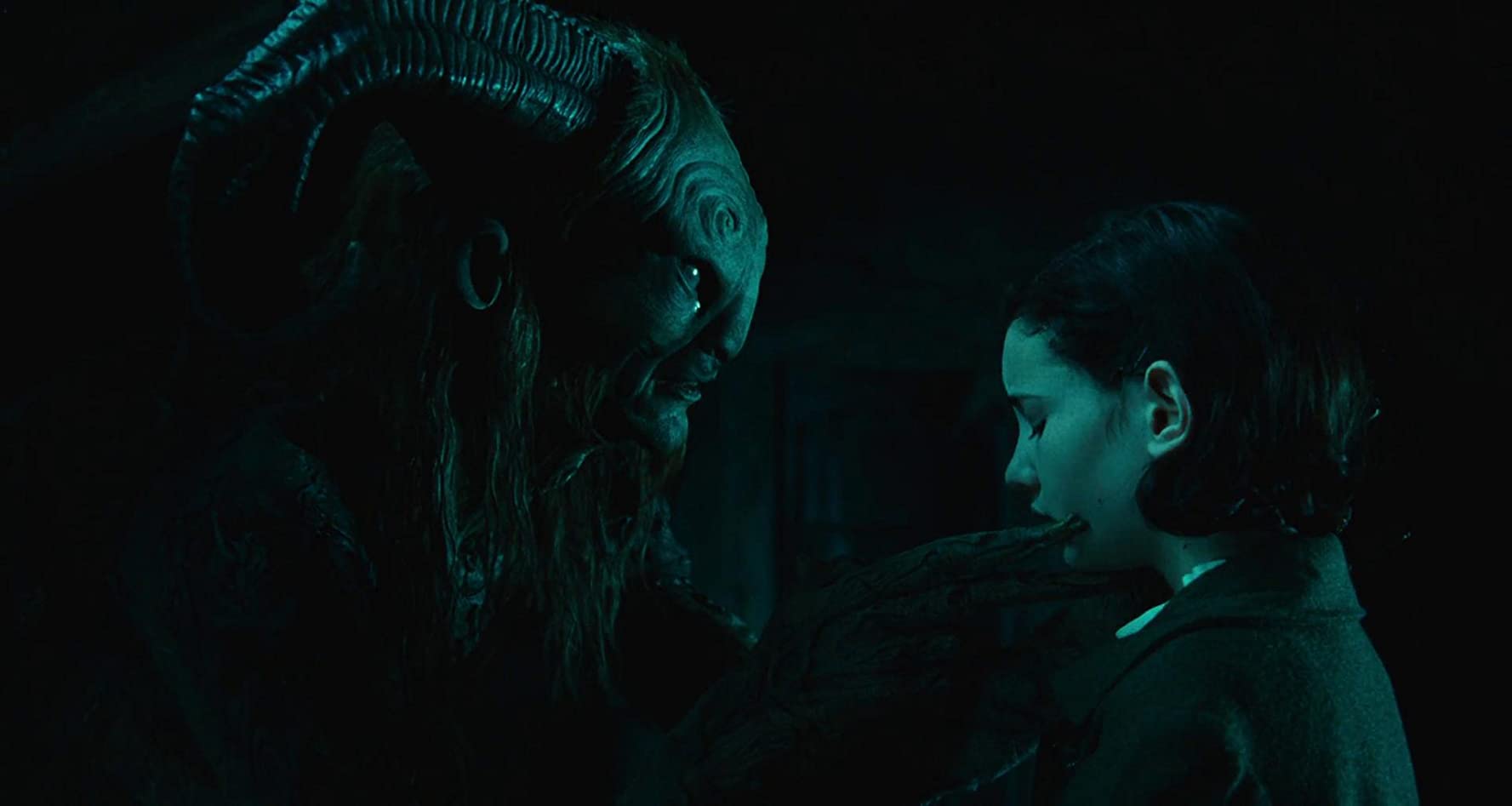 “In the Falangist Spain of 1944, the bookish young stepdaughter of a sadistic army officer escapes into an eerie but captivating fantasy world.”

Second movie on my list is the fantasy/drama/war movie “Pan’s Labyrinth”. One of my classmates actually recommended this movie to me after he learned that I was a big fan of the Lord Of The rings and he told me that I would love it. And oh god, he was right, because I fell IN LOVE with this movie. This movie offers a really well-developed story and combines mystical characters (retrieved from Japanese mythology), deep philosophical meaning, drama and war. Moreover, it tells a really touching story and will make you sob.

“When the menace known as the Joker wreaks havoc and chaos on the people of Gotham, Batman must accept one of the greatest psychological and physical tests of his ability to fight injustice.”

Third movie on this list is The Dark Knight. I’ve always been a big fan of the batman movies (hinting at Tim Burton, my love) but this movie definitely settled it for me : Batman is my favorite superhero, the Joker is my favorite villain and this movie is my favorite superhero movie of all time (I am so sorry Marvel, I love Iron Man, I love Infinity war, Endgame and Black Panther but…Batman). At first, I believed I added this movie to my top 10 solely for Heath Ledger’s brilliant performance but it’s more than that. From Christopher Nolan’s perfect direction to the intriguing story and characters. This movie is everything! 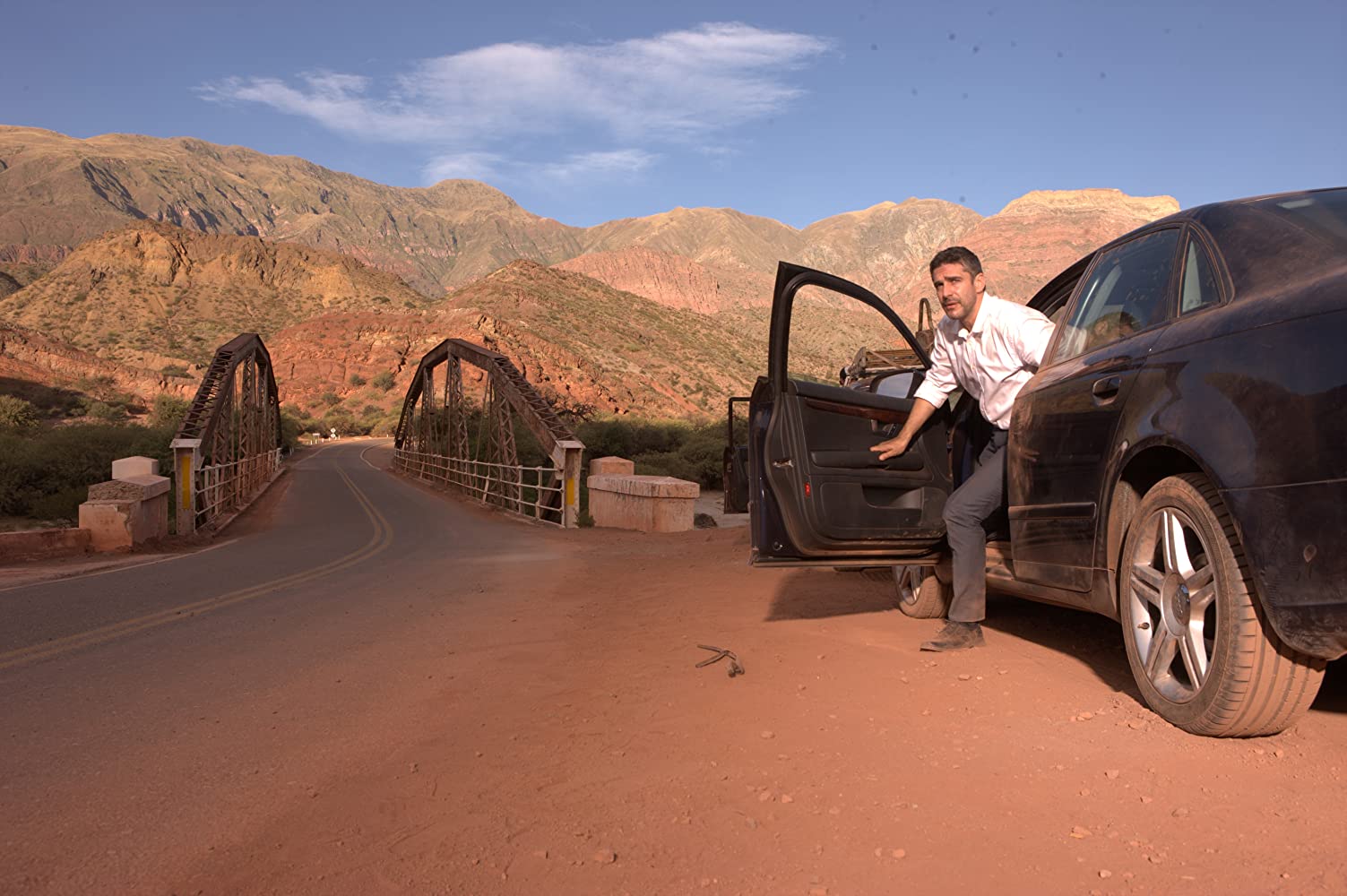 Next on my list is Wild Tales and to be honest with you, I rarely find movies that make me laugh so hard that I start crying and Wild Tales did that to me. I absolutely love dark/sarcastic comedy that is so subtle, smart and that still make you laugh so hard. Wild Tales is actually a set of 6 short movies that revolves around the feeling of vengeance and theme of violence. They are extremely fun to watch and I know that Google clearly states that the movie is “Drama/Thriller” but it’s dark comedy. Trust me. 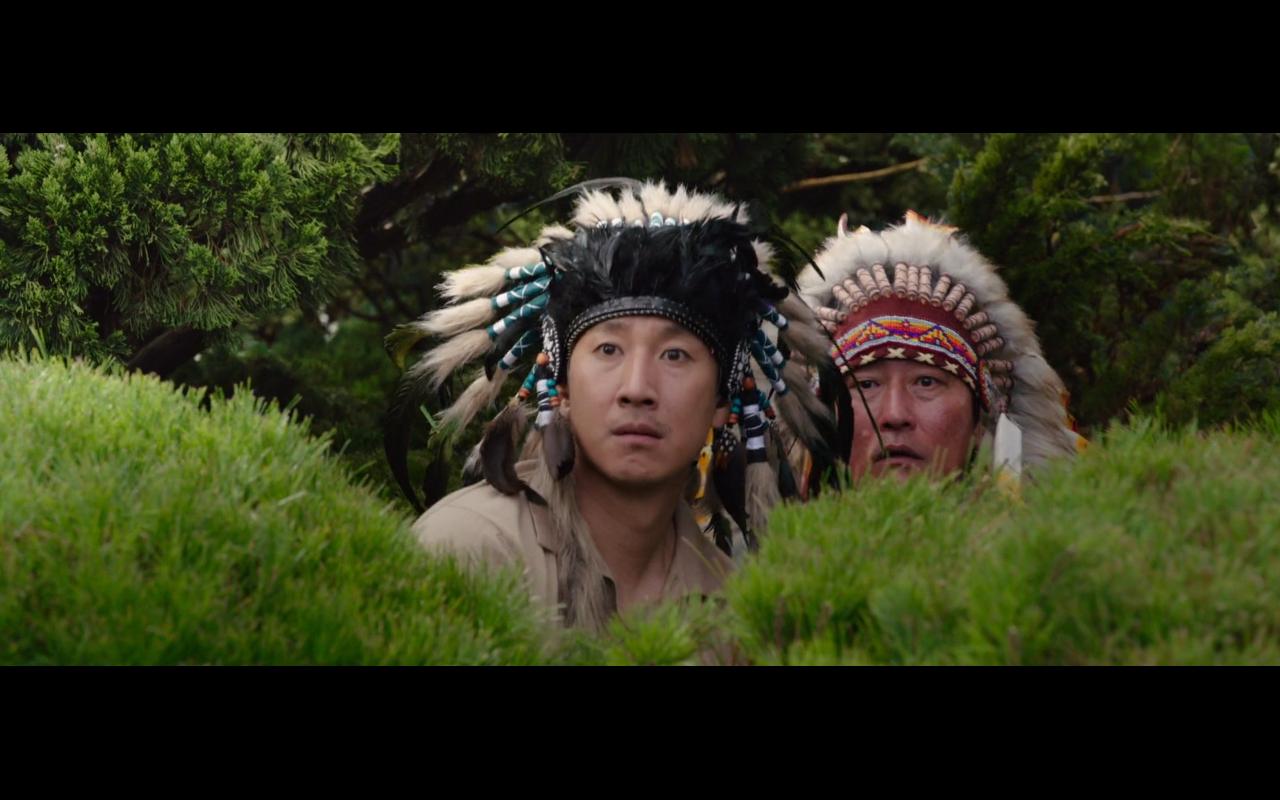 “Greed and class discrimination threaten the newly formed symbiotic relationship between the wealthy Park family and the destitute Kim clan.”

Fifth and the newest add to my list that totally deserves the spot, is Parasite. Parasite is truly one of the best movies I’ve ever watched in my life. From the plot line to the theme of the movie, this movie is perfect in every way. It’s thrilling, exciting, undeniably smart and touches some really important themes without spoon-feeding the audience. I was so mind-blown when I left the cinema that I could not stop thinking about it and I prayed for it to win at the Oscars because it totally deserved it.

“An orphaned boy enrolls in a school of wizardry, where he learns the truth about himself, his family and the terrible evil that haunts the magical world.”

My love for Harry Potter has quite the history because when it first came out, I was quite small and I actually think I would have loved it however, it got so many backlash from my schoolmates that I decided to “hate” it to fit in, which obviously was stupid but I was still considered to be new at school and no one really liked me. Then, a couple of years later, I started to learn to be myself and not be ashamed of who I was (thanks Green Day for the lesson), my social life was still horrible but I decided to give Harry Potter a second chance. I am happy I did because I ended up LOVING it so much, I started wondering why I was so stupid in the past 😛.

ANYWHO, Harry Potter is next on my list and I had to mention it because…I am a potterhead. The movies are definitely not flawless and contains countless of mistakes (especially from the book perspective) but it definitely still is one of the best sagas in the movie industry. 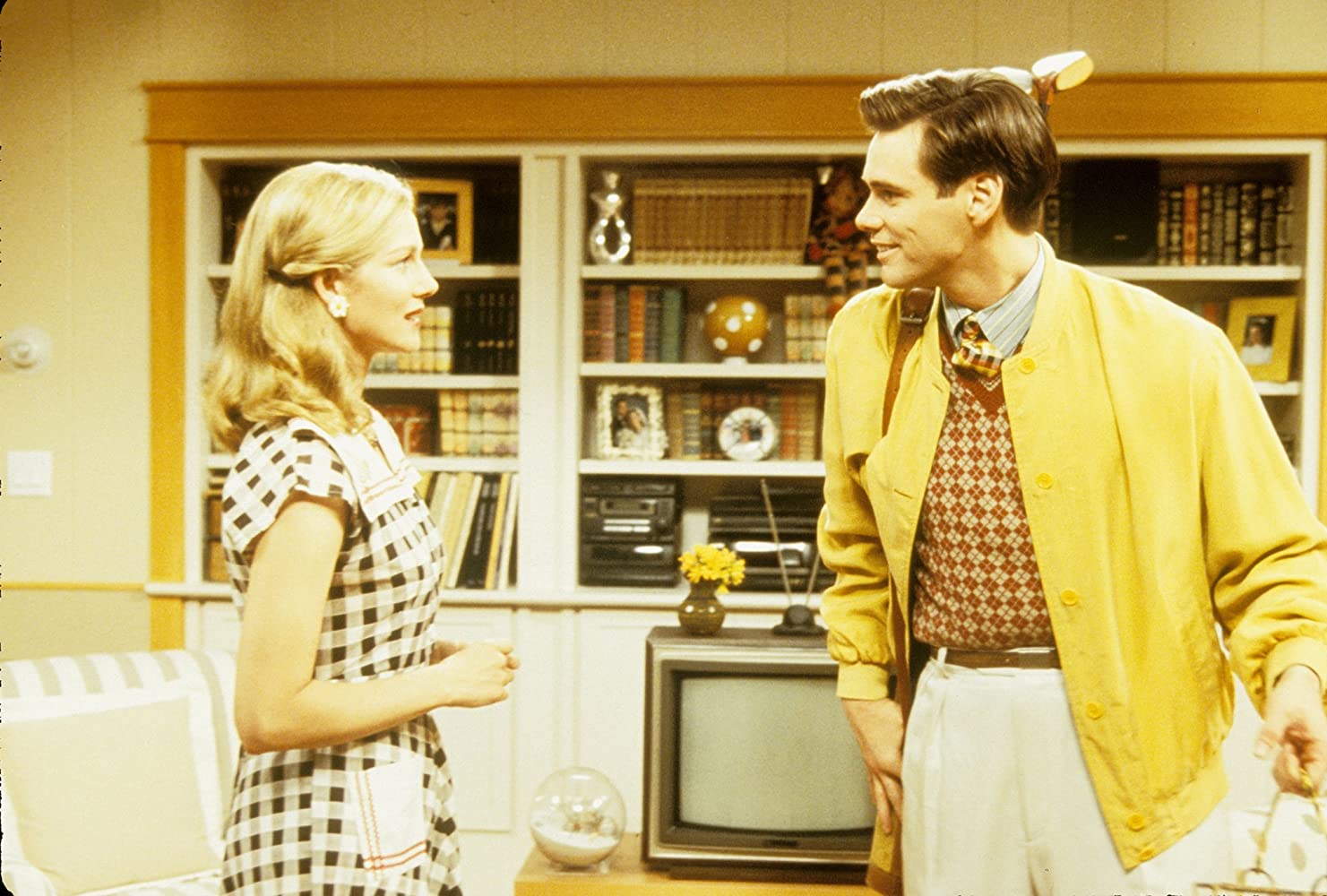 “An insurance salesman discovers his whole life is actually a reality TV show.”

The 7th movie on my list is The Truman Show and it’s actually a movie that I had to watch for my Philosophy in Films class (one of the best classes I’ve ever taken) and I fell in love (I fall in love way too much but my love for movies is real). It’s such an imaginative, engaging and fun movie to watch that was so meticulously crafted and so well-written and that adds something new to the table. Plus, Jim Carrey’s performance is amazing! 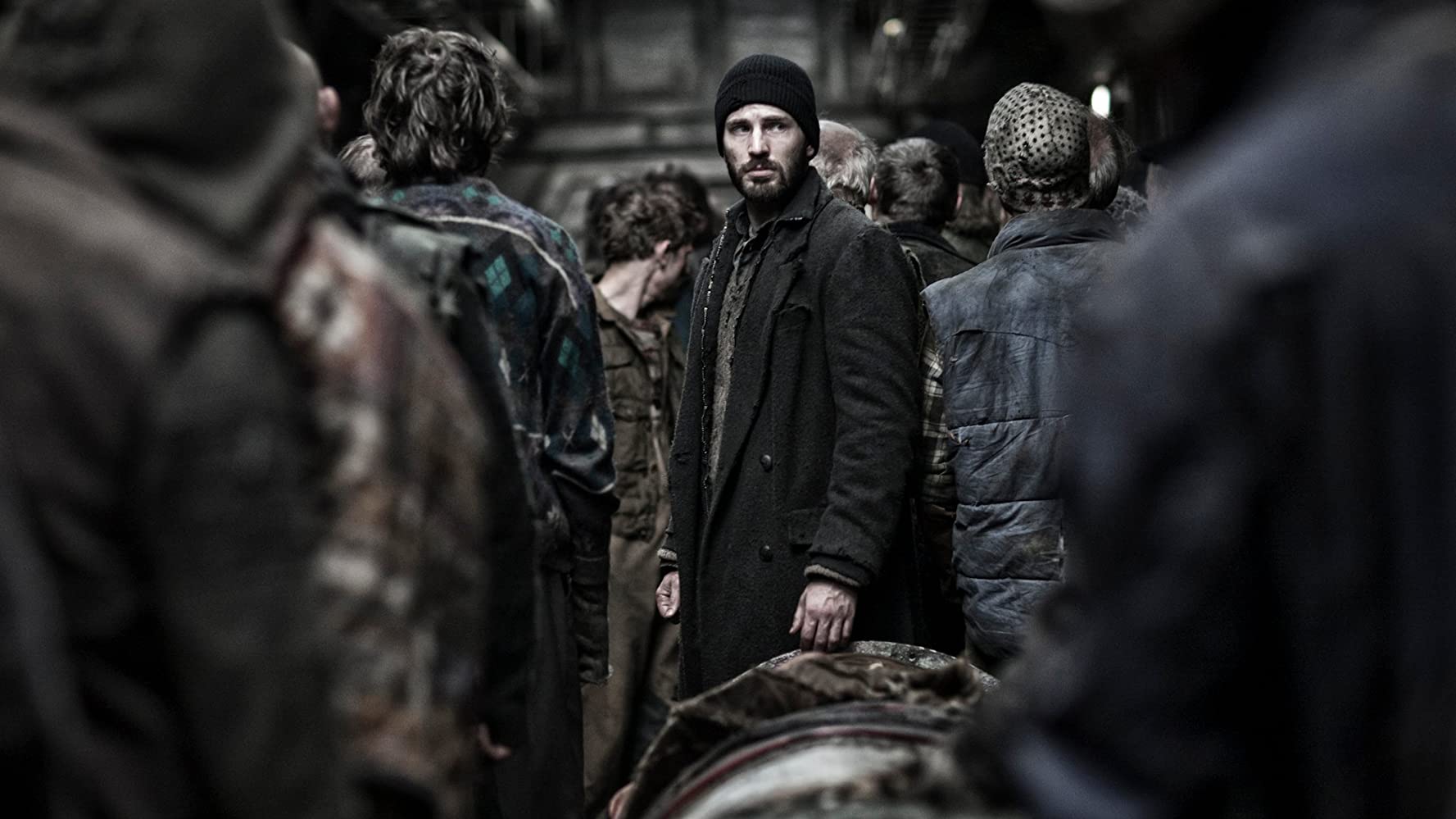 “In a future where a failed climate-change experiment has killed all life except for the lucky few who boarded the Snowpiercer, a train that travels around the globe, a new class system emerges.”

Next on my list is another Boong Joon Hon movie and it’s Snowpiercer. Snowpiercer is hands down one of my favorite action movies of all time. It is definitely not all action and differs from all other action movies you’ll ever watch. Why? Because it actually has a good story and tackles so perfectly the important issues of climate change, social inequality and capitalisme. Of course, the movie is paired with intense action scenes and wonderful Chris Evans. This movie is visionary and thrilling! 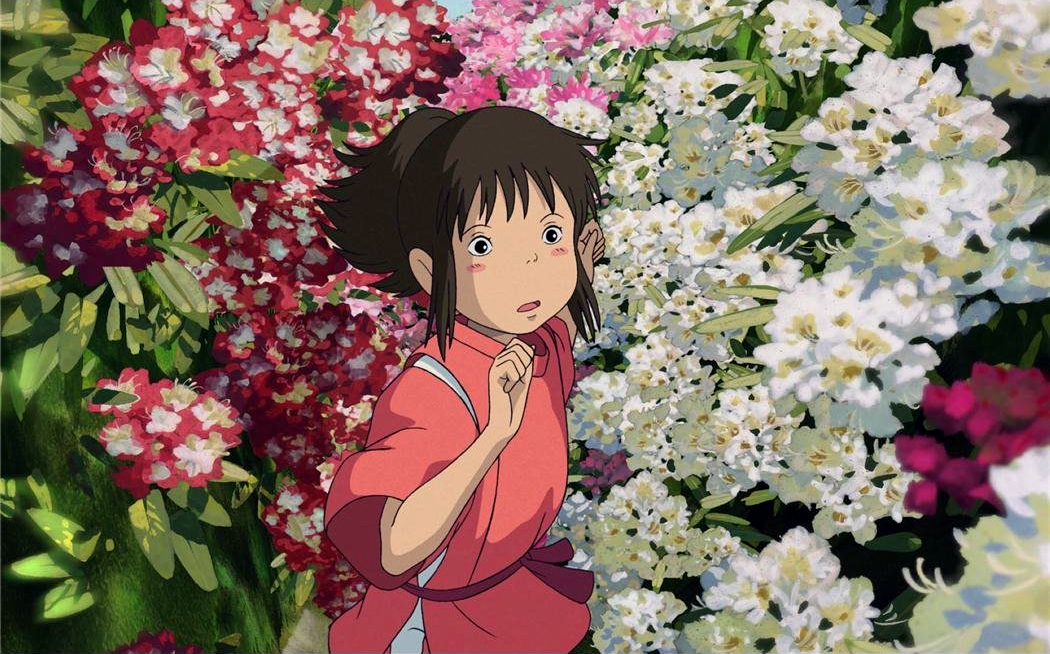 “During her family’s move to the suburbs, a sullen 10-year-old girl wanders into a world ruled by gods, witches, and spirits, and where humans are changed into beasts.”

9th on my list is Spirited Away, the loving Ghibli movie. I don’t know anyone who watched this movie and did not like it. It’s a masterpiece. But the main reason I am adding it to my list is because it was actually my first asian movie I’ve ever watched (I think…) and I fell in love with the gorgeous animation and the rich story.  It also made me realize that a lot of American cinema is shit (that’s funny since I added lots of American movies in this list but you know what I mean). 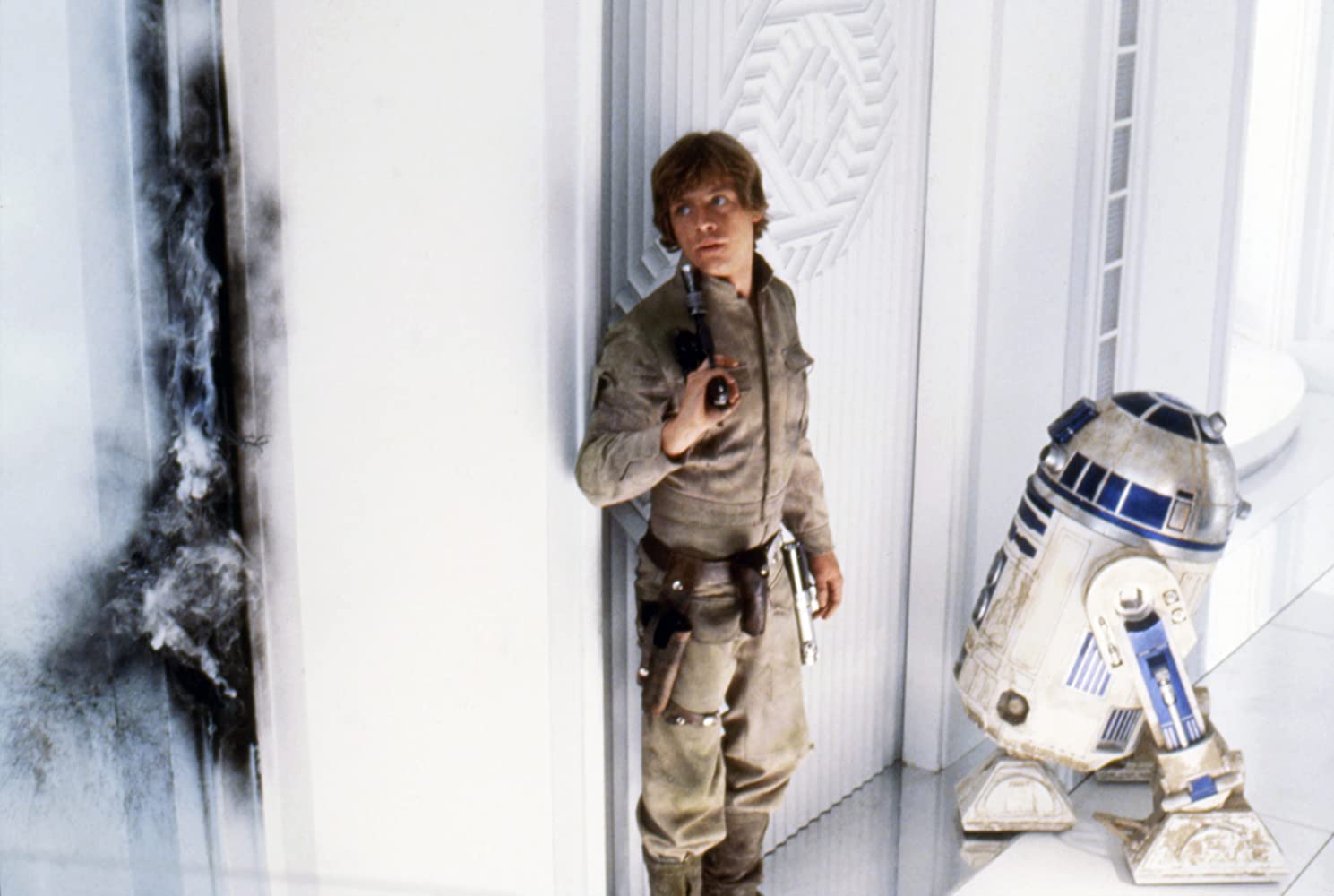 “Luke Skywalker joins forces with a Jedi Knight, a cocky pilot, a Wookiee and two droids to save the galaxy from the Empire’s world-destroying battle station, while also attempting to rescue Princess Leia from the mysterious Darth Vader.”

Last on my top 10 list is the original Star Wars trilogy. At first, I wanted to keep Star Wars for my honourable mentions because I really hate what Disney made of it and really dislike the newest trilogy. However, it did not feel right for me to do so as the original saga will forever be one of my favorite trilogies of all time and I can’t ignore that. It’s actually my mother who introduced to me Star Wars. She always talked so highly of it even though, she, herself, was not a fan (still is not). She just appreciated the work behind it and the universe Georges Lucas created. And, I totally agree with her, except that I am a fan 😛.

You can check out how I ranked all of the Star War movies over here.

Note : I will of course keep updating this list because I discover new movies almost every week!

A twisted and smart story, thrilling action scenes and perfect cast, inception is definitely one of my favorite films by Christopher Nolan. Plus, it literally blew my mind, I couldn’t stop thinking about it afterwards.

Her is such a tender and melancholic movie that tells the story of an unconventional romance story between an operating system and a writer and anything unconventional, I love. Furthermore, this movie is actually a cinematic masterpiece.

Baby driver is a fun and exciting action movie that contains some really memorable scenes and lively soundtrack, which I think is my favorite part of the film. This movie is far greater than most action movies I’ve ever watched, from the great acting to the unique direction and crazy action scenes!

Nightcrawler is the movie that made Jake Gyllenhaal one of my favorite actors in the industry. His performance in this film is outstanding and that’s what stood out for me. On another note, the movie explores the matter of ethics in journalism, which I loved, it is so well-written and has a cynical side to it, which I also love!

Eternal Sunshine of the spotless Mind

Another unconventional romance story in this list that really blew my mind and it is “Eternal Sunshine of the spotless mind”. This movie is incredibly good and imaginative. The plot, the acting, the character development, the themes, everything in this movie is brilliant and I highly recommend it!

Fantastic Mr Fox was my first Wes Anderson movie and I can tell you that I was not disappointed. It was the movie that introduced to me his wonderful work of art and hence, I hold it close to my heart. But also, Fantastic Mr Fox is a marvellous, stylized and inventive movie with an intricate story and wonderful visuals!

I know that Woody Allen is a controversial director and I don’t support his work anymore but “Midnight in Paris” is his only work I actually will say I love. It’s such an imaginative and delightful romance movie that revolves around time-travel and Paris in the 20s 😛(how awesome!).

Lastly, I had to mention at least one Tim Burton movie because….I mean…you know me, right? Anyways, Batman Returns is the first movie by Tim Burton I have ever watched and is the movie that started my obsession with Batman in general (I was 10 when I watched it I think). Batman Returns is such an adventurous, imaginative and dark movie that literally has Michael Keaton as Batman. Amazing, I know!

That’s it! 10 movies that had an impact on me

That’s it for my top 10 favorite movies or the 10 movies that had an impact on me. I hope you enjoyed reading it and if you did, don’t forget to give this post a ‘like’ and to follow my blog.