Hello my lovely pumpkins! In today’s post, I am ranking all Star Wars movies, from my least favourite to my ultimate favourite one. If you didn’t know, I am a huge Star Wars fan. It’s the saga that introduced the world to a new genre of Sci-fi and a unique universe inspired by the samurais and buddhism. And, to be honest, there is truly something unique, charming, vintage and timeless about Star Wars. Beware, this article contains spoilers so if you have not watched the Star Wars films, do not read this post!

Anyways, let’s get into it and don’t forget to check out my previous post: REVIEW // Soft & Sultry palette by Milani.

Also, don’t forget to let me know how you would rank the Star Wars movies. 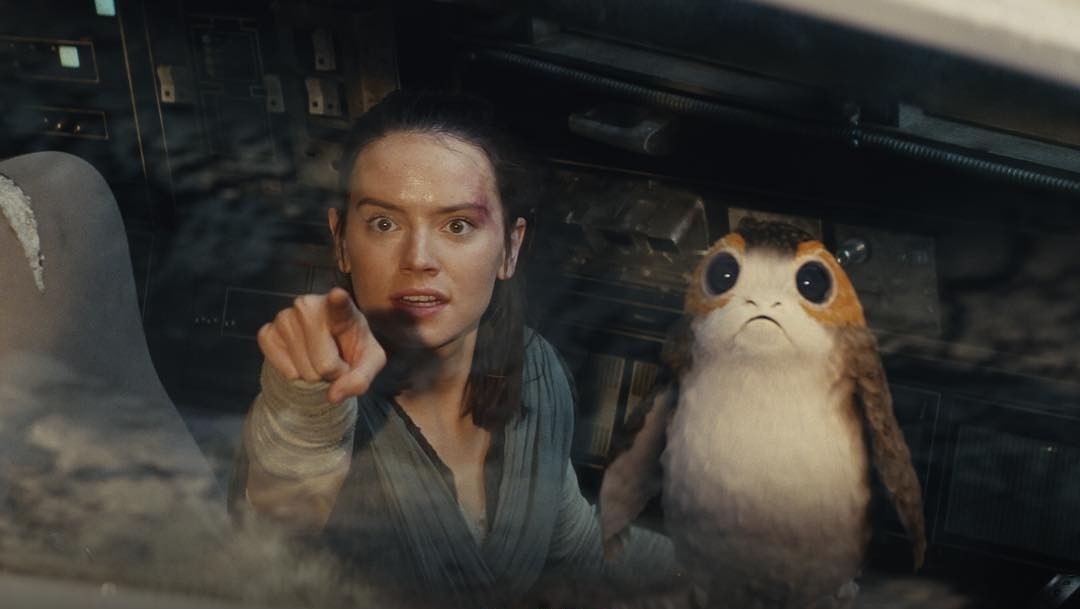 “Rey develops her newly discovered abilities with the guidance of Luke Skywalker, who is unsettled by the strength of her powers. Meanwhile, the Resistance prepares for battle with the First Order”

When it comes to “The Last Jedi”, criticism is highly divided, I am part of the group who actually disliked it. I already do not understand why the new Star Wars exist and this one has so many issues in my opinion. It has some really cheesy comedy, cheap dialogue and Luke has lost the essence of who he is (wtf is that Luke). I do love the visuals in that movie and really loved how the relationship between Kylo Ren and Rey evolved.

“The surviving members of the resistance face the First Order once again, and the legendary conflict between the Jedi and the Sith reaches its peak bringing the Skywalker saga to its end.”

“Rise Of Skywalker” is very busy and feels highly familiar. It is here to please the fans. It does contain some wonderful visuals, beautiful score and offers a satisfying ending, not the one I wished for though. Moreover, all the scenes with Kylo Ren and Rey were marvellous. However, the movie is quite fast, contains minimal of dialogue and feels more like a video game rather than an actual movie.

“During an adventure into the criminal underworld, Han Solo meets his future co-pilot Chewbacca and encounters Lando Calrissian years before joining the Rebellion.”

9th on my list comes “Solo: A Star Wars Story”. Despite being highly enjoyable and entertaining, this movie has countless of flaws and in my opinion, is the least exciting out of all of the Star Wars movies. The movie doesn’t really justify its existence and does not do justice to its wonderful main character. Nevertheless, it has a clear storyline, it has some laughable moments and is a fun ride in general! 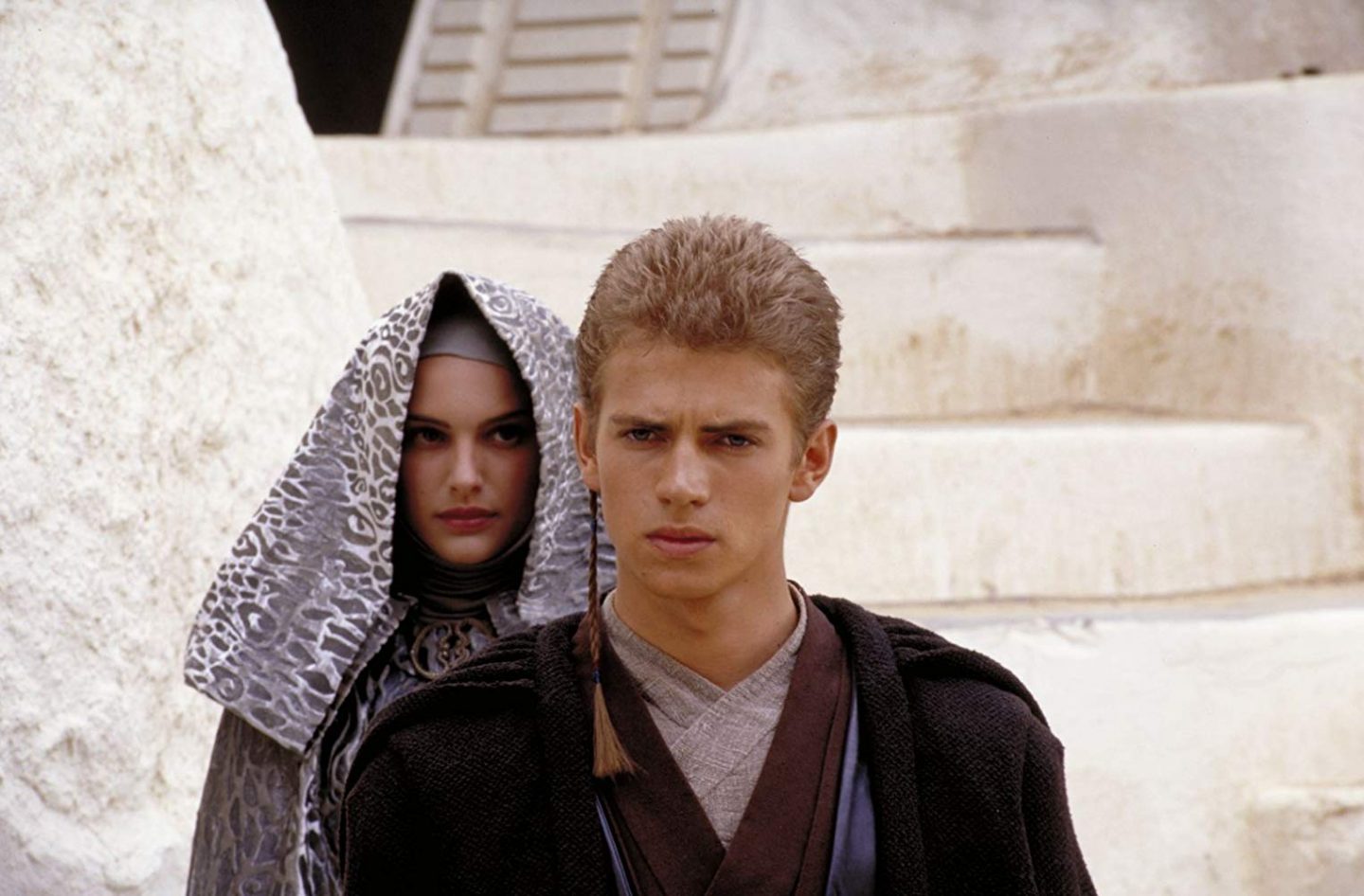 “Ten years after initially meeting, Anakin Skywalker shares a forbidden romance with Padmé Amidala, while Obi-Wan Kenobi investigates an assassination attempt on the senator and discovers a secret clone army crafted for the Jedi.”

I think most fans would kill me for placing episode 1 and 2 not on the bottom of my list because I think they are the most poorly rated Star Wars films on IMDB and Rotten Tomatoes. Nevertheless, “Attack of the clones” is for the most part very good, it has some entertaining action and cool visual but the acting and writing feel very stiff. 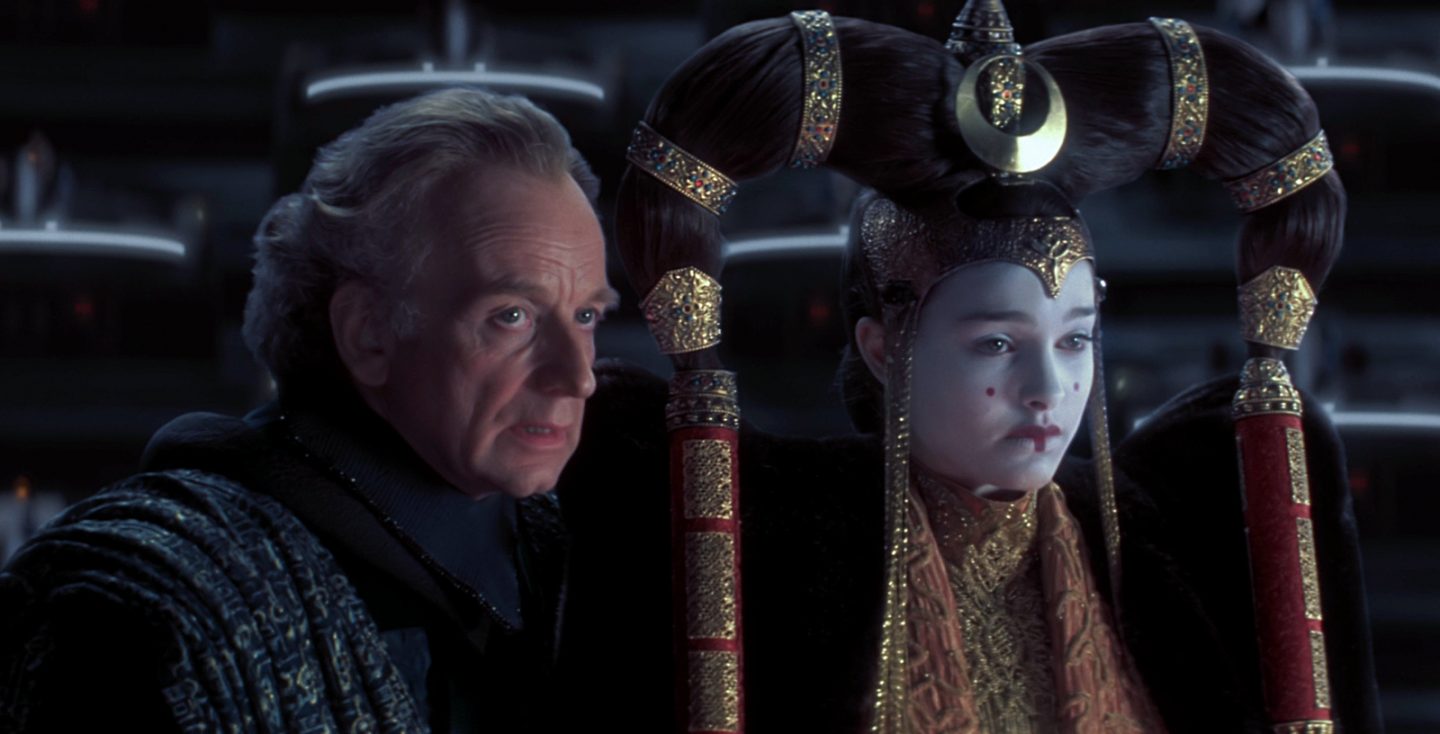 “Two Jedi escape a hostile blockade to find allies and come across a young boy who may bring balance to the Force, but the long dormant Sith resurface to claim their old glory.”

“The Phantom Menace” is good enough, it has the story, the characters and it’s quite entertaining. However, it does not have the originality, imagination and it lacks the essence of Star Wars. I am still placing it 7th on my list because it’s like my guilty-pleasure, I’ve watched it a thousand times and would keep watching until the end of times. And to be fair, it’s the first Star Wars I’ve ever watched so it has a sentimental value to me (same for Attack Of The Clones). 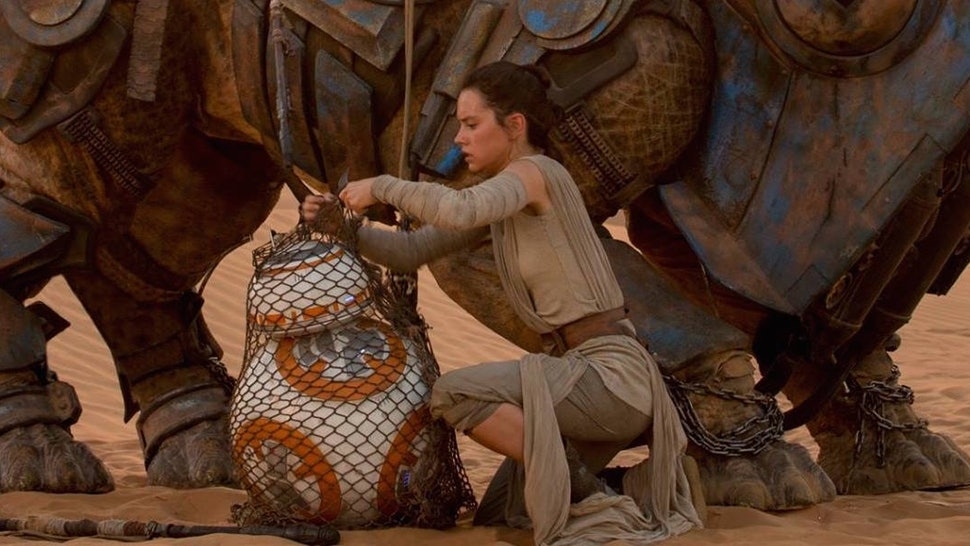 “Three decades after the Empire’s defeat, a new threat arises in the militant First Order. Defected stormtrooper Finn and the scavenger Rey are caught up in the Resistance’s search for the missing Luke Skywalker.”

“The Force Awakens” is the movie that introduces us to a new history which, in my opinion, is meaningless.  This movie feels like the past is repeating itself. However, it’s a wonderful combination of old and new, full of emotion and energy.  The movie cleverly capitalizes on the older films which provokes nostalgia. But, also takes off on its own with a well-established storyline and new characters. Also, I just love Adam Driver. He is truly amazing as Kylo Ren. 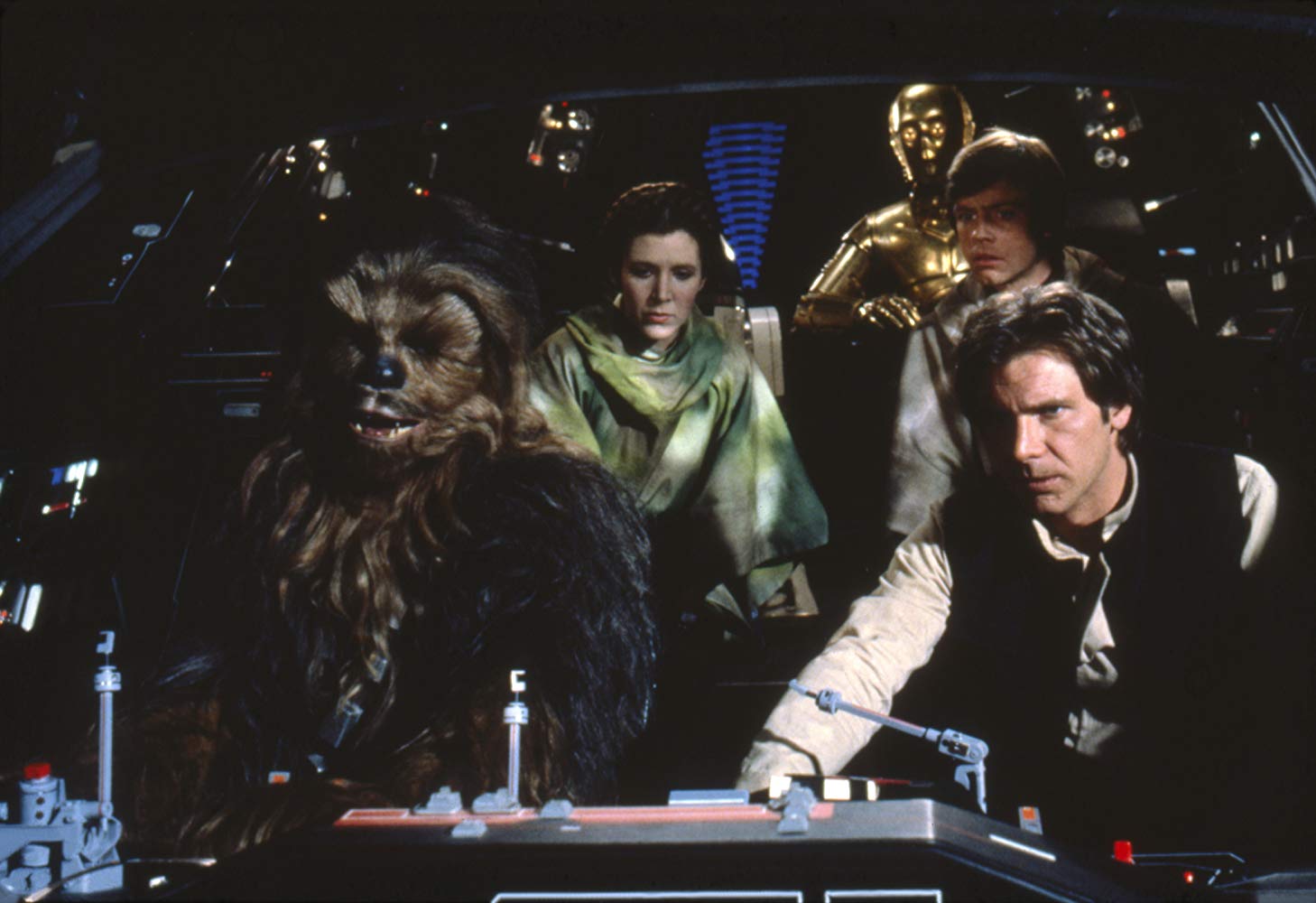 “After a daring mission to rescue Han Solo from Jabba the Hutt, the Rebels dispatch to Endor to destroy the second Death Star. Meanwhile, Luke struggles to help Darth Vader back from the dark side without falling into the Emperor’s trap.”

“Return Of The Jedi” is a delightful and fun spectacle that introduces us to the cute Ewoks, who are basically really adorable teddy bears. It is obviously less superior than its predecessor, it has less of a good writing and feels more rushed. However, it is extremely fun and closes the trilogy in style!

“Three years into the Clone Wars, the Jedi rescue Palpatine from Count Dooku. As Obi-Wan pursues a new threat, Anakin acts as a double agent between the Jedi Council and Palpatine and is lured into a sinister plan to rule the galaxy.”

“Revenge of the Sith” is probably the darkest Star Wars movie in the saga. Anakin is tempted by the dark side, kills a bunch of Jedis including younglings, burns, almost to death and Padme dies giving birth to twins. I do agree with most critics that the performance of Skywalker is far inferior. Adam Driver as Kylo Ren gives us a more elaborate performance of how it’s like to be torn apart between the good and the bad side. Nevertheless, I can’t help it but to just love this movie so much. It has so much pathos and the movie keeps you at the edge of your seat.

“The daughter of an Imperial scientist joins the Rebel Alliance in a risky move to steal the Death Star plans.”

Rogue One is not a great Star Wars movie nor is it a horrible one. It’s another really entertaining movie containing amazing locations, good comic relief, impressive visuals and it tells an interesting part of history. So objectively, it’s just good but subjectively, it’s my third favourite Star Wars movie. The ending of the film is freakishly strong, the movie introduces fascinating  characters and scores points for its originality. Also, that scene when Darth Vader is in the dark and we just see his lightsaber appear gives me goosebumps every time. 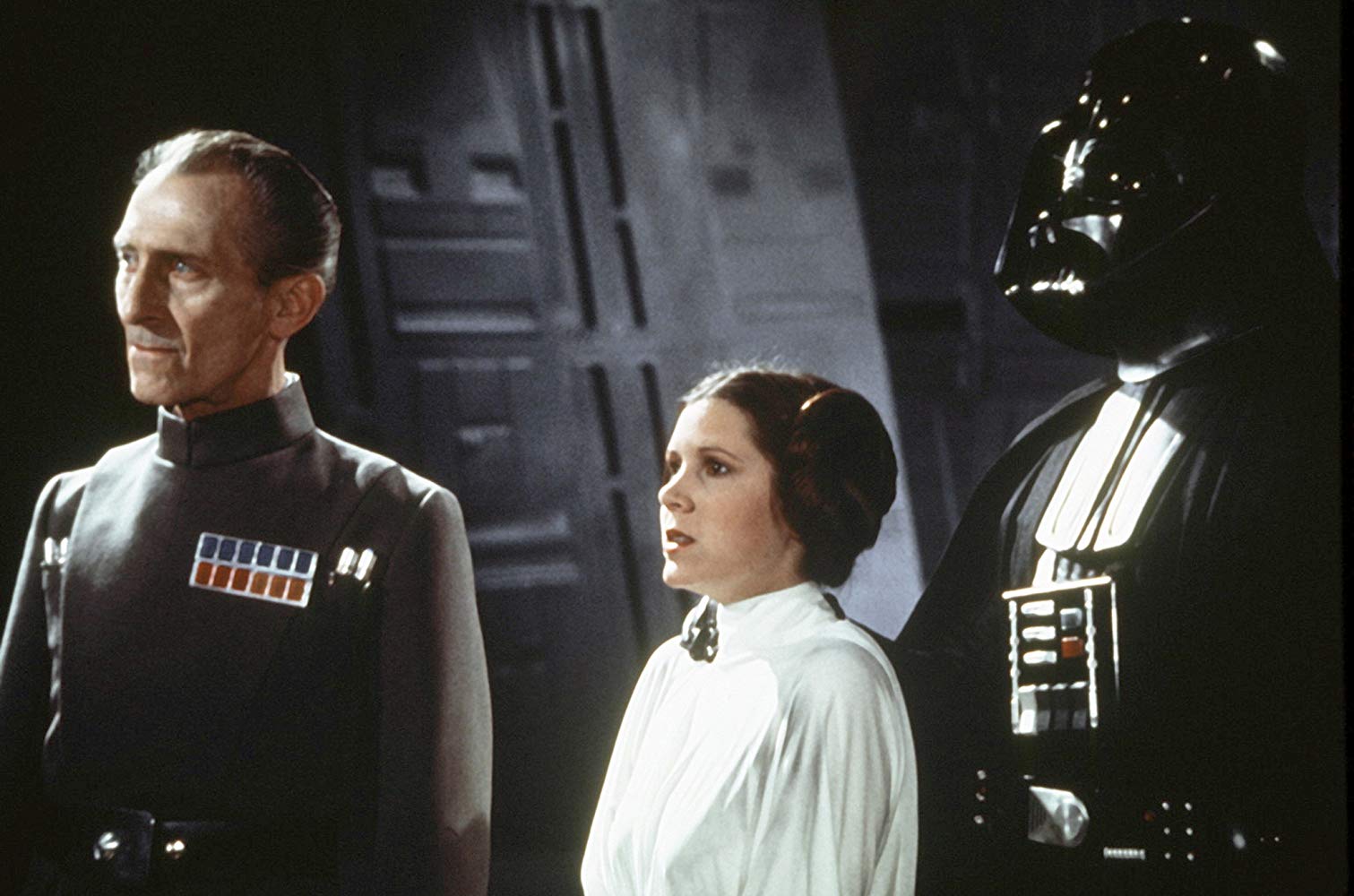 “Luke Skywalker joins forces with a Jedi Knight, a cocky pilot, a Wookiee and two droids to save the galaxy from the Empire’s world-destroying battle station, while also attempting to rescue Princess Leia from the mysterious Darth Vader.”

“A New Hope” is the movie that started everything. It marked the beginning of a visually stunning, original score and unforgettable characters saga that changed the genre of sci-fi, forever. To be honest, I start crying every time I watch it because it just brings back memories. This movie makes me super emotional and is flawless in every aspect (storyline, visuals, acting, music). 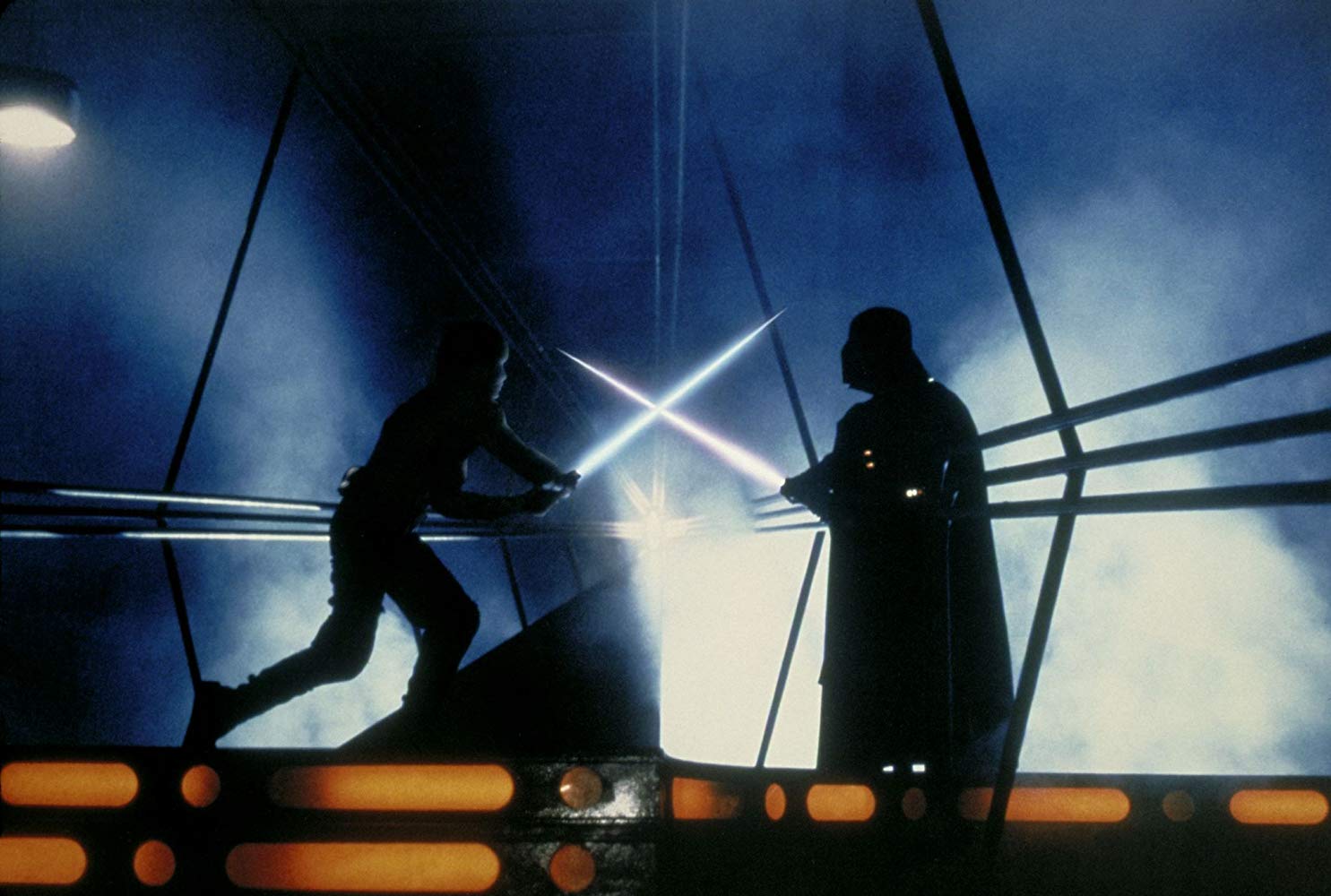 “After the Rebels are brutally overpowered by the Empire on the ice planet Hoth, Luke Skywalker begins Jedi training with Yoda, while his friends are pursued by Darth Vader and a bounty hunter named Boba Fett all over the galaxy.”

I think most fans would agree that The Empire Strikes back is a a true masterpiece. The movie manages to balance charm and darkness and the story is quite layered and rich. It goes beyond just good and evil. Everything works amazing in this film. And, Darth Vader as Luke’s father is still one of the biggest plot twist in movie history.

*all photos were retrieved from IMDB

That’s it for ranking all Star Wars movies!

That’s it for today. I hope you enjoyed reading them and if you did, don’t forget to give this post a ‘like’ and to follow my blog.