Hello, my lovely pumpkins! Today, I am sharing with you my review of the Game Of Thrones season finale. This is actually the first time that I do a full review on a tv show. But, Game Of Thrones is my favorite tv show of all time and it ended last Sunday which brings a hole into my heart. On top of that, I have many things to say about it, both positive and negative. So, I thought that a review would be in order!

In this post, I will share with you my thoughts on the ending for each character, my thoughts on how the story progressed/ended, and finally, what I loved the most about this season.

Don’t forget to check out my latest post: REVIEW // Stellar Lights Highlighter Palette by Milani and let’s get into this Game Of Thrones season finale review!

One of the main reasons that I love Game Of Thrones is because of the complex storyline, elaborated dialogues and interesting multi-dimensional characters. Moreover, it does an amazing job of depicting the reality of things. So, I am sure it’s no surprise that I was very disappointed by season 8 and I will explain exactly why. Nevertheless, I still enjoyed it and I still consider Game Of Thrones to be my favorite show ever.

Unlike many people, I actually loved the ending of Game Of Thrones. The Starks ended up having their happy ending which is very deserving. I loved the coronation scene of Sansa, her dress is just stunning and she deserved to be the Queen of the North. I also think that Arya’s ending is satisfying. Plus, she did mention in season 6 I think that she wants to see what’s West Of Westeros. So, it’s only logical that that would be her ending. 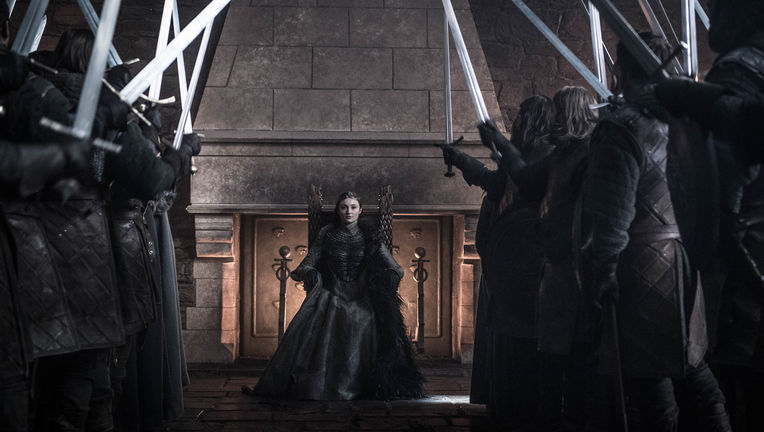 Even though I understand Jon Snow’s ending, I did wish for a better one for such an important and deserving character. I feel like he’s the only one who went back exactly where he was at the beginning which sucks. I would have preferred for him to literally die from either Drogon or Greyworm 😛.

On another note, I am happy that Greyworm decided to sail for Naath, where he planned his future with Missandei. I think their relationship was the sweetest and I loved them together. Also, this ending made sense for his character.

Like many people, I was disappointed by Cersei’s blunt death. She was such an important, complex, and amazing character, she deserved a magnificent and memorable death. I still wanted her to be killed by Arya at least. I think Arya gave up on her goal too quickly and came to King’s Landing for nothing, as she didn’t even end up killing Daenerys [I am happy Jon killed her but you see what I mean].

Also, Jaime decides to go back to Cersei leaving Brienne? this happened too quickly. If the show allowed the two characters to have more time together and if we gave more reasons for Jaime to go back, this decision would have made more sense in my opinion.

This ending left a lot of plot holes in my opinion and unexplained things such as: why was Jon Snow’s true identity revealed and why they insisted SO MUCH on it if it was for nothing? What was the point of the Night King and Of the Three-Eyed-Raven?

There was too much built-up on the white walkers for nothing in my opinion. I wish we dived more into them and I know some people say it’s called “Game Of Thrones” not “Game of ice” and it was a subplot but honey, oh honey. Do you know what’s a subplot? because what they did with the white walkers, is most definitely not a subplot. They put a lot of focus on them, to end them that quickly. Moreover, The Battle of Winterfell was an epic fail in my opinion: the war strategy of Jon Snow was so stupid in all sorts of ways. So I am practically unhappy with how the writers wrote this episode. Furthermore, The story of the white walkers should not have ended that quickly and in the span of one episode only. 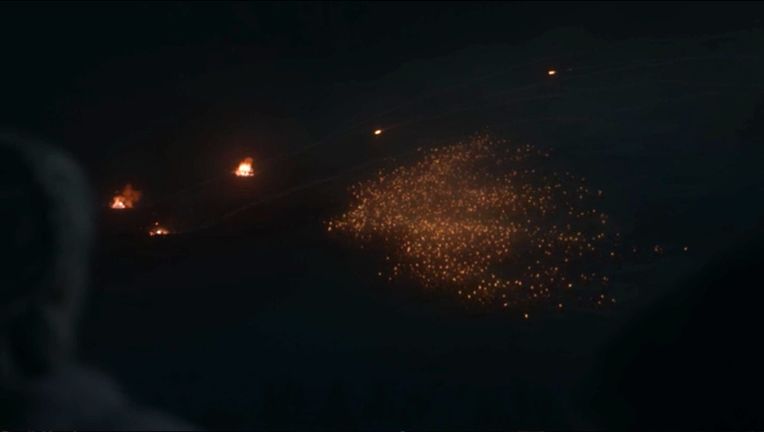 Now about our Khaleesi. I actually loved the fact that Daenerys turned into the mad queen but it happened too quickly. I wish we saw more of her reign of terror, that would have been very interesting. In my next section, I will talk about it more, so sit tight. I did love that last scene with Drogon when he cried and burned everything. That was such an intense and emotional scene for a dragon. I also LOVED her entrance after she burned everything and her speech was spot-on. 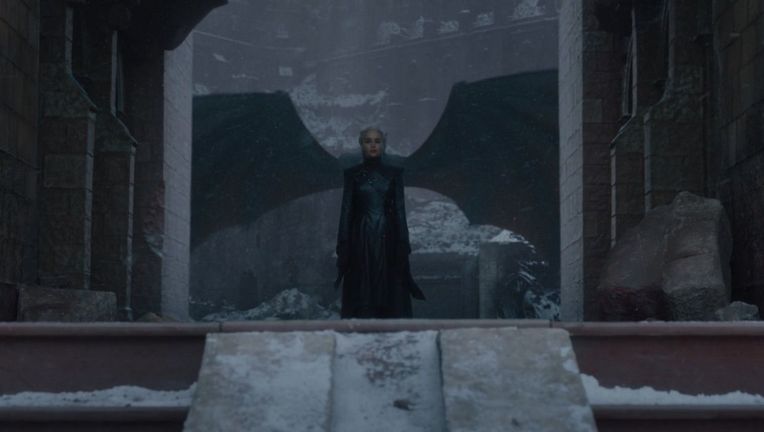 The hound’s ending was one of my favorites as well. The battle between him and his brother was something we’ve been waiting for, for such a long time, so I am happy that they did it!! Also, Arya called him by his real name at the end *sobs*.

Another ending I loved: GHOST FINALLY GOT SOME LOVE!!!! That’s it. I am happy.

Concerning Bran, he is honestly the most appropriate choice for a king but he was so freaking useless even though he has great abilities. He is so powerful and is such an interesting character but the show did not utilize him well. Hence, his coronation made no sense whatsoever. And this brings me to talk about the hasty writing which practically ruined this season.

What I most disliked about this game of thrones season finale is how rushed it was. The story happened too quickly which butchered the storyline and character development. Because of that, some character decisions did not make sense [Jaime going back to Cersei is an example]. This season could have easily been divided into 10 episodes, of feature-length each. LIKE HBO ACTUALLY PLANNED IT!!!

For example, Daenerys turning into the mad queen was inevitable but I agree that it was sudden and foreshadowing does not mean character development. If you don’t know what it means, foreshadowing is when the writer hint at the ending from the beginning of the story. Yes, the writer did hint that Daenerys was going to be mad but they only relied on her genetics to justify her burning king’s landing. There was no gradual progression. Many other characters did horrible things and lost a lot of their loved ones [Tyrion, Sansa, Arya] but did they end up being mad? No. they ended up being lovable heroes!

The fact that they rushed this season resulted in poor/lazy decisions, weak dialogues, and some things did not even make sense. For example, the fact that Daenerys “forgot” about Euron’s fleet to have a reason to kill Rhaegal and Missandei is extremely lazy. Also, HOW DID THE DOTHRAKIS MULTIPLY?. Another point I wish to add: During that confrontation with Cersei in episode 4, Cersei could have killed them all, now she is a decent ethical person? wtf.

On top of that, most dialogues in this season are weak, they don’t have any motivational conflict and tend to be cut off in the middle, which is contrary to what Game Of Thrones used to do.

Another thing that bothered me with this season is the fact that some characters barely appeared and barely even talked: Lena was paid 1,000,000$ for looking at the window and drinking wine. Missandae? nop who is even that. The only thing Jon Snow said this entire season is “I Don’t Want It” and “You’re My queen”. Bran? the three-eyed raven for practically nothing, like I stated above. The golden company was very useless which is sad because I know that they are amazing fighters and have an amazing history.

Finally, I wish we saw more of Varys, he is one of the most important characters in this show. Which actually reminds me to talk about HIS end. He knew he was going to die, he should have just sent that letter about Jon Snow or do something meaningful before. And, master of Whisperers? not so much anymore, he openly wanted to betray Daenerys. I wonder who did not know about it. Again, bad and lazy writing.

Cause & Effect vs Pay off

One of the reasons why I loved Game Of Thrones so much is because the writing is based on reality and cause and effect. Whereas this last season was all based on pay off and last-minute appearances. For example: how convenient it is for ser Jorah [may his soul rest in peace] to appear out of the blue to save Daenerys. Also, Arya jumps out of nowhere to kill the Night King? That does not make sense and yes, she is a Ninja but dude, there was like 10 white walkers and she literally jumped from nowhere :p.

BTW, at that moment, I thought Arya was gonna die so I started screaming and crying but then, it’s the love of my life who died. I continued crying.

The writing of season 8 and most of season 7 was really bad. Mostly season 8. The only thing that bothered me in season 7 is the fact that we did not see Daenerys and Jon Snow’s relationship develop more. But you cannot deny that Game Of Thrones throughout the seasons had the best visuals, best music, and amazing acting. The chemistry between the actors is just amazing [Tyrion and Jaime, Jon Snow and Sansa, Varys and Little Finger, The hound and Arya]. Season 8 is no exception.  Some shots really impressed me, I mean I give zero to the writing but damn, the cinematography deserves a 10/10. The performance of Emilia Clarke, Peter Dinklage, Lena Headey, and all other actors? 10/10. The music? 10/10 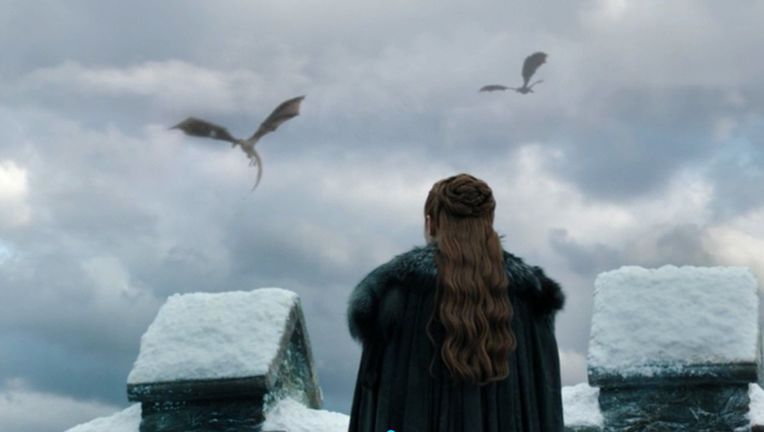 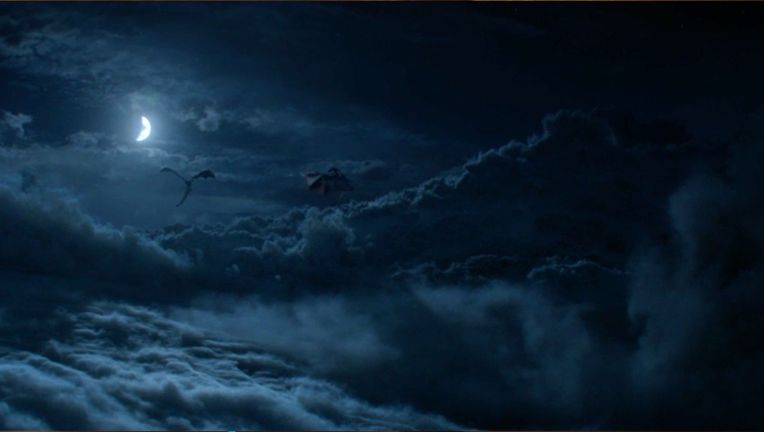 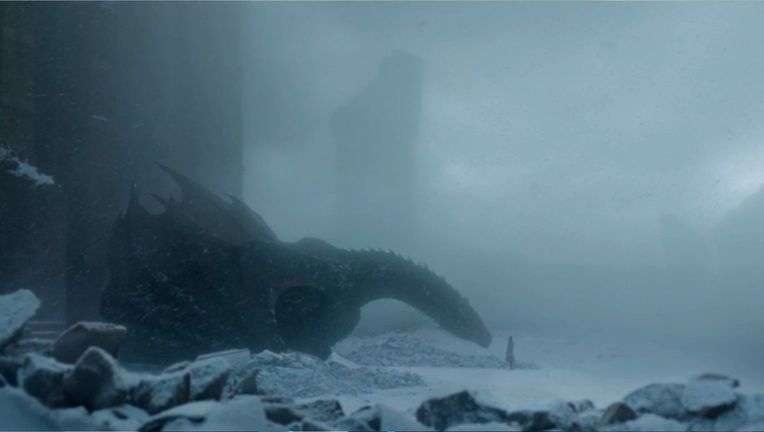 Also, that dragon battle during the Battle Of Winterfell killed me. I literally stayed at the edge of my seat. It was so intense and amazing. That episode was so intense in general and despite all of the criticism, it was epic…emotionally.

*all photos were retrieved from Syfy.com

As much as I love Game Of Thrones, this season finale was really bad. The main strength of the tv show is complex writing and they pretty much ruined it. I still loved the ending of most characters, I liked how things ended in general. I think the ending is bittersweet like promised. But, as I said it, everything happened too quickly. Let me know what you think of this season and Game Of Thrones in general!

That’s it for the review of Game Of Thrones season finale. I hope you enjoyed reading and if you did, don’t forget to give this post a ‘like’ and to follow my blog.