I hope you are all doing super well, today, I am going to share with you my reviews on the following movie: Velvet Buzzsaw, Alita, Captain Marvel, Us and Capharnaüm. I didn’t have the chance to publish my monthly review in February but the main movies I watched during that month, I am reviewing them today, I hope you can forgive me :p!

Anyways, don’t forget to check out my previous post which is my “MARCH FAVORITES ’19“and let’s get into it. 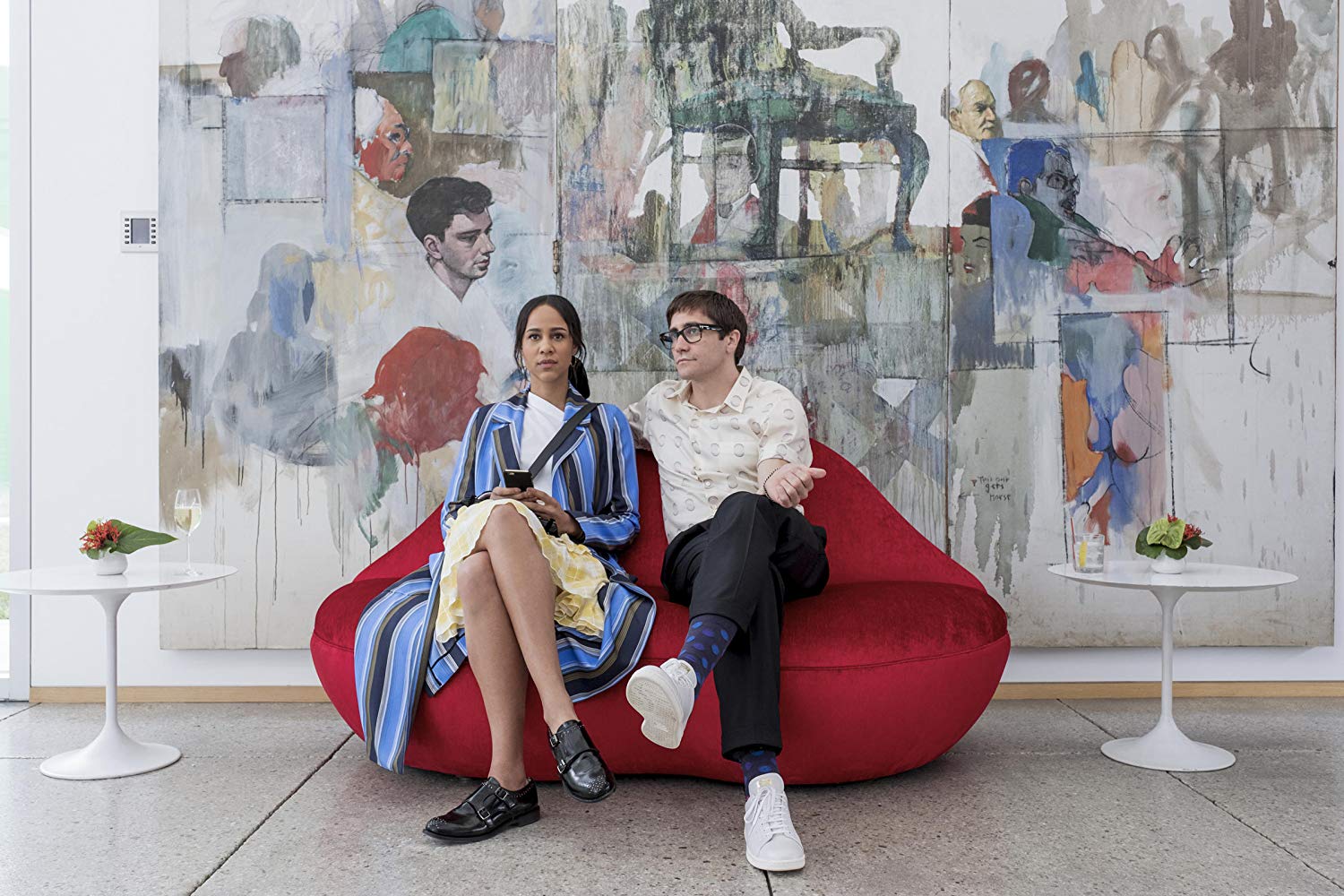 “A supernatural force sets out to exact revenge against art profiteers attempting to exploit a series of paintings by an unknown artist.”

I think “Velvet Buzzsaw” is the most disappointing movie of 2019, I was so looking forward to watch it and I loved the idea behind it but damn, they did not exploit fully  the idea, the director just went half way in his story and then got lost, so decided to go for something else? the story had so much potential but they ruined it, the movie just had so many sub-stories and there was so many things going on, they should have just focused on one thing [THE PAINTER!!!!]. Like even with Jake Gyllenhaal’s great acting, the movie sucks, do you see how bad it is? Maybe I am just being too harsh because my expectations were high but this is how I feel. The only thing I enjoyed was the gory scenes. That’s it. They were satisfying to watch. 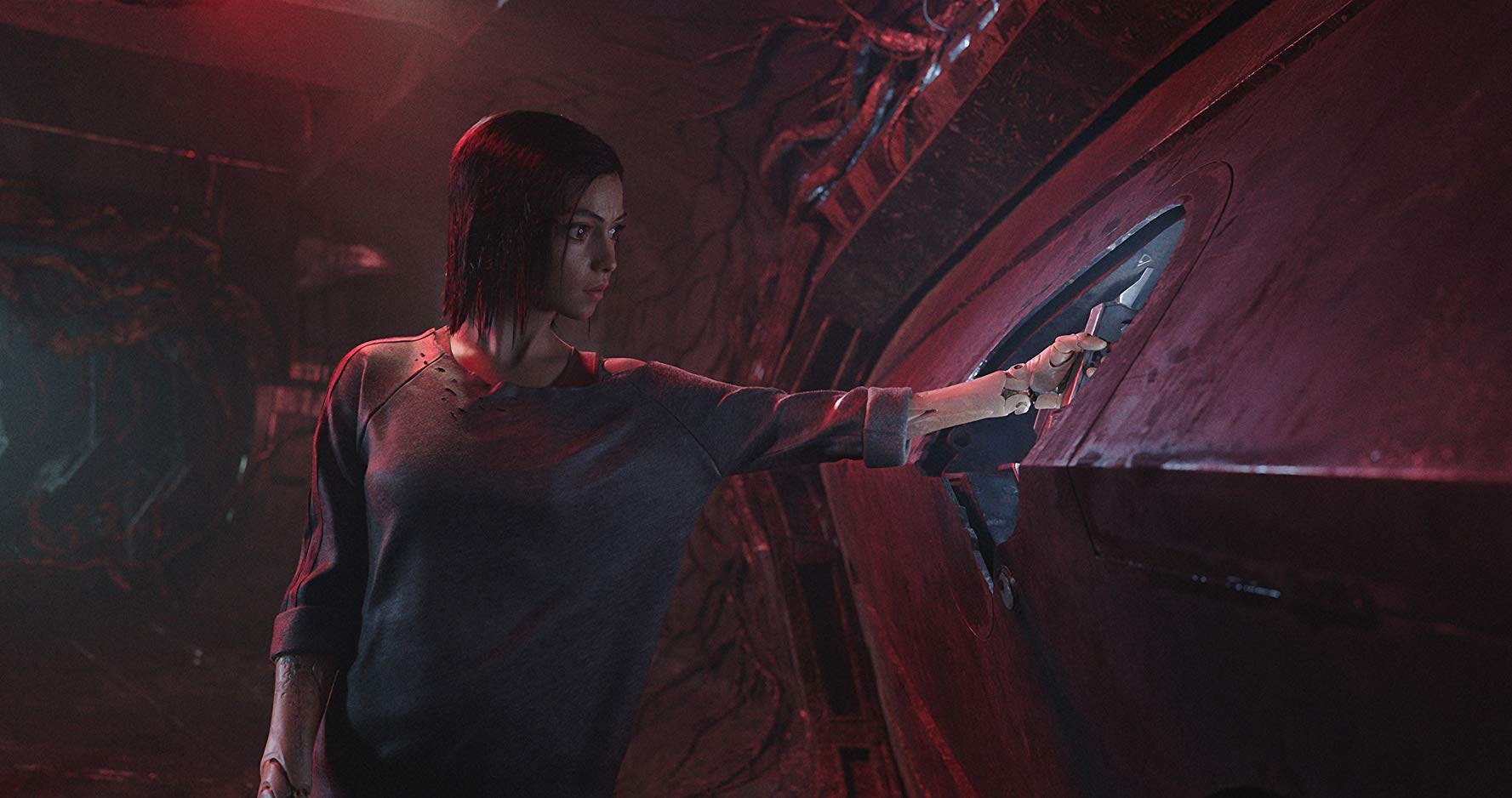 “A deactivated female cyborg is revived, but cannot remember anything of her past life and goes on a quest to find out who she is.”

I am going to be very honest [like always], when the movie started, I actually expected it to be a lame, wanna-be action/sci-fi movie however, more we went into the movie, more I started liking it. “Alita” is extremely entertaining, fun, visually stunning and well if you didn’t know that is just part 1 of a trilogy which I think is super exciting because I love trilogies and sagas, it just shows the complexity of a world and story [it’s not the case for all trilogies #divergent] and I must say that by the end of this movie, I got EXTREMELY excited for the follow-up. I don’t think that Alita is very memorable, well this one anyways and I don’t think it will become an iconic trilogy [like Hunger Games or The Lord Of The Rings or even Star Wars 4,5,6]. The idea of the screenplay is already exhausted in my opinion [set in the future, the poor living on earth vs the rich and priviled living in a nice land] but I am curious to see what they are going to make of it.

“Carol Danvers becomes one of the universe’s most powerful heroes when Earth is caught in the middle of a galactic war between two alien races.”

It is so nice to watch a super-hero movie whose main character is a woman and that does not include a love story. I was actually waiting impatiently for Marvel to come out with their own “Wonder Woman” movie and they did not disappoint. “Captain Marvel” is very entertaining and fun to watch with a great soundtrack. Like any Hollywood super hero movies, it has the good and the bad people and the story is pretty basic [to save the world and blah blah blah], I just really love the character of Captain Marvel, I think she is awesome and Brie Larson did an amazing job at portraying her, I couldn’t have imagined a better fit. I did think and that has nothing to do with the movie, that they released Captain Marvel at the perfect timing, it works as a kind of build up for “Avengers: End Game” which I think is awesome because it made me even more excited. I think Avengers is going to be heavy and Captain Marvel as well as Ant-Man are two great easy movies that are just here to prepare you for the grande finale. 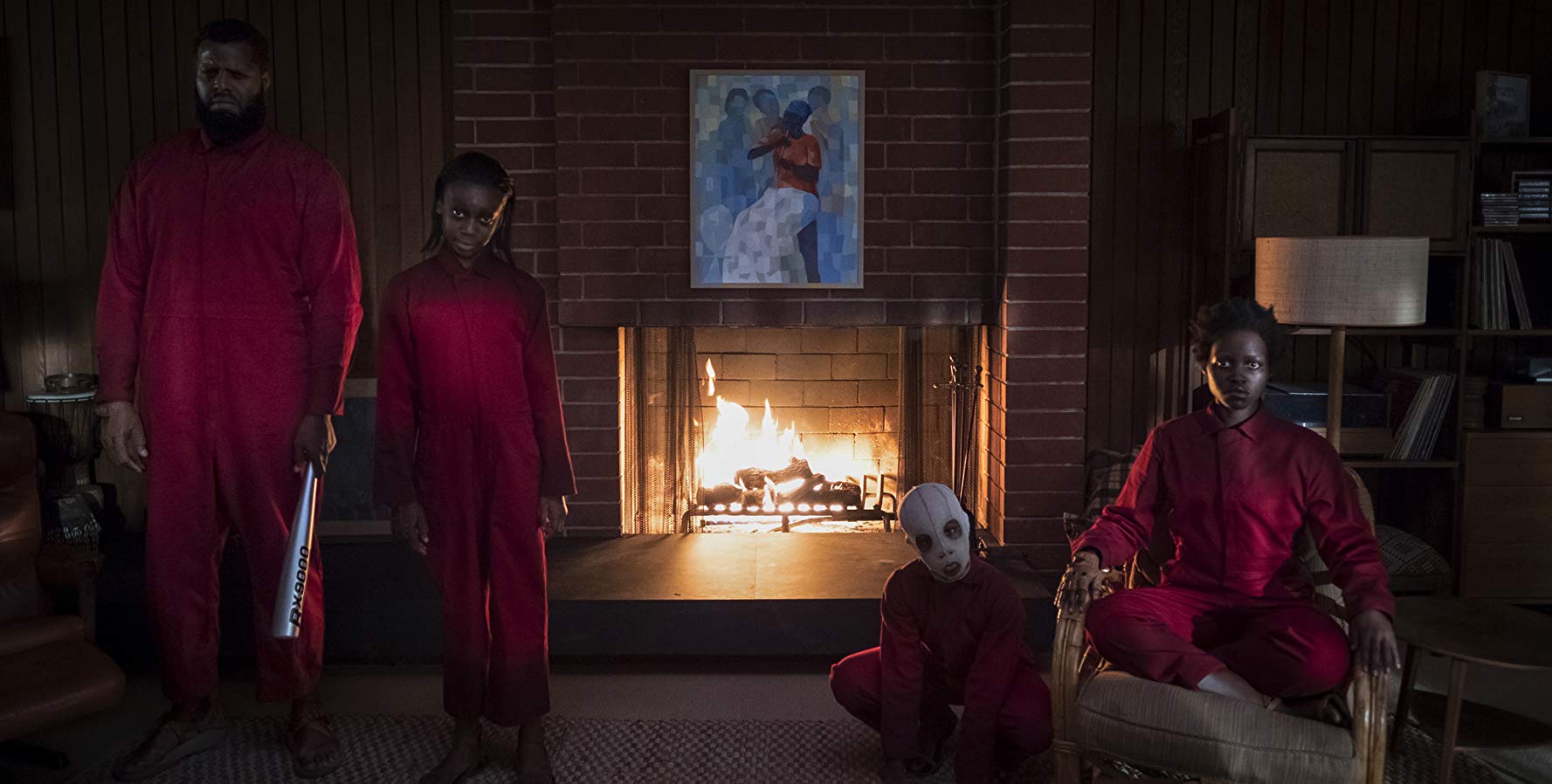 “A family’s serenity turns to chaos when a group of doppelgängers begins to terrorize them.”

“Us” received a lot of mixed reviews but I am one of the people who actually loved it but I will say that I thought “Get Out” was more intriguing and the screenplay was better.

Anywho, “Us” truly kept me at the edge of my seat and is truly terrifying. I loved the hidden and metaphorical meanings behind it [mirroring what is wrong with our society, more precisely the American society], I loved the storyline, how the events slowly unleashed, I loved the originality of the story. But what I loved the most is the astounding performance of Lupita Nyong’o, her dual performance as the fake and real mother was so impressive and omg, at some point, I really thought they were two different people. The cinematography and art direction were very impressive as well, I just loved the visuals so much. I have to agree with my boyfriend who thought that the final third of the movie was a bit disappointing and I kind of understand what he means; the way Jordan Peel wanted to explain everything, I didn’t find it mesmerizing as much. But I can tell you that this movie is memorable and iconic and go watch it cause IT IS GOOD!

“While serving a five-year sentence for a violent crime, a 12-year-old boy sues his parents for neglect.”

I am very sad that Capharnaum did not win any oscar but at least it got nominated and that’s a big step for the Lebanese cinema, it’s also amazing that she is the first Lebanese women to get into the oscars [Last year, Ziad Doueiry made it and I am so happy he did!] I am going to be very honest, I think this movie is amazing, Nadine Labaki did an AMAZING job at directing, I mean the performance of the little boy, WHO IS NOT EVEN AN ACTOR, is amazing [most of the cast anyways]. I’ve always loved Nadine Labaki’s movies but “Capharnaum” is her best work in my opinion. The story is so very touching, it tackles the important topic of poverty and poor immigrants in Lebanon, it tackles the reality of the world and how the under privileged are living. The dialogue is very well written, very realistic and very poetic [Arabic is a very poetic language hence why I love it, I wish I practiced more my arabic :p]. I do think the storyline was a bit all over the place and dragged down at some point but I still loved it. I also really loved the cinematography, they shot some beautiful memorable scenes.

I think the 5/5 is a bit biased but it does deserve a good rating!