In today’s post, I am doing the “The TV Shows To Watch When You Have A Flu” tag. I was tagged by the beautiful Ingrid from IngridMadisonAve [Thank you so much]. She tagged me a while ago but I only got the time to do it now honestly. I think this tag is super interesting, it consists of sharing your three favorite shows and three treasured heroes from it. I will also explain in this post, why I love watching these series.

BTW, I decided to mention tv shows other than Vikings and Game Of Thrones because I guess you guys are sick of hearing about them from me. They are both my ultimate favorite tv shows but I want to mention other series that are also fun to watch! 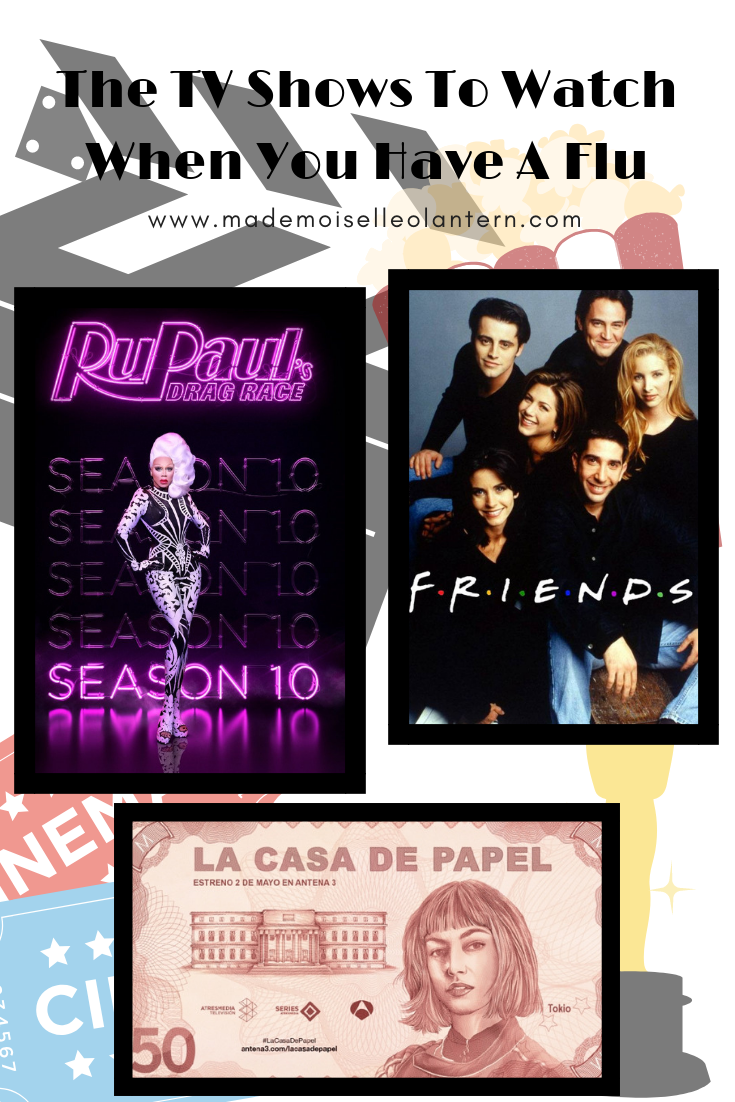 Definitely the kind of series I would watch if I had the flu, but I basically watch it ALL THE TIME. I am so addicted to this series and even thought Ross is my favorite character cause he has the funniest moments in my opinion, I will choose Monica as my treasured character cause apparently, a lot of people compare me to her so yeah!

If you don’t know what Friends is, it’s a TV show that follows the lives of 6 20 to 30-something-year-old friends through their mishaps and achievements.

I recently started watching this series and finished it in only 2 weeks [only because I had to wait for my sister every time to watch it, I would have finished it in one day]. This series keeps you literally at the edge of your seat and has a really deep and important messages behind it. This TV show is about the robbery of the Royal Mint Of Spain planned by a criminal mastermind. This show is just so fascinating, both season happen during the heist but the show often jumps to flashbacks to the preparation of the heist to add more information for the story and on the characters.

My favorite character from the show is the one and only El Professor, his character is just so fascinating, I love the way he thinks and he just makes this show even more stressful and lovable. Moreover, the actor playing his role is just amazing.

This is the most entertaining tv series I’ve watched in my life, I could watch all 10 seasons over and over again and never get bored of it, it’s just too fun and it’s actually my best friend who made me watch it, I would have never watched it without him. RuPaul’s Drag Race is basically a competition of the best drag queen and it is hosted the gorgeous RuPaul. My favorite character has to be Violet Chachki, she is so talented, I love how she makes her makeup and her clothes and her performances are amazing!

That’s it for today. I hope you enjoyed reading this post and if you did, don’t forget to give it a ‘like’ and to follow my blog [you can do that by email].