Last month, I noticed that you enjoyed reading my post “Movies I watched in July – From Worst to Best“, hence I decided to publish another one this month.  I wasn’t able to watch a lot of new movies this month but I did watch quite a few on the plane on my way to Canada so without further ado, let’s get into this post. 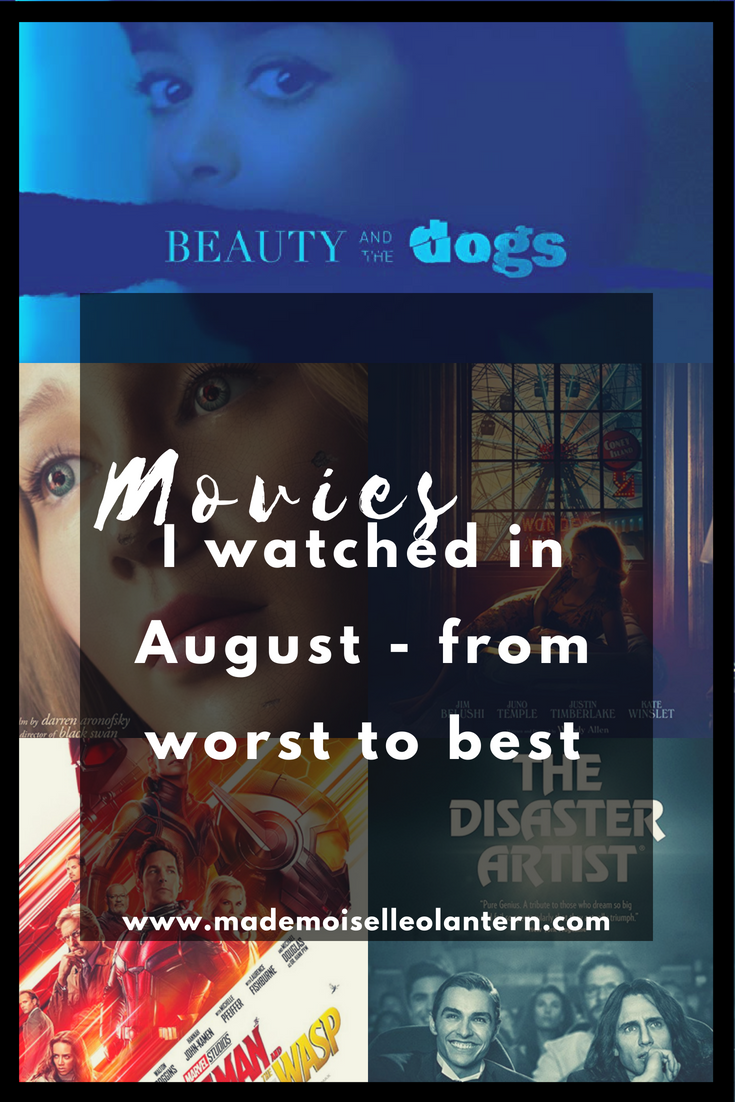 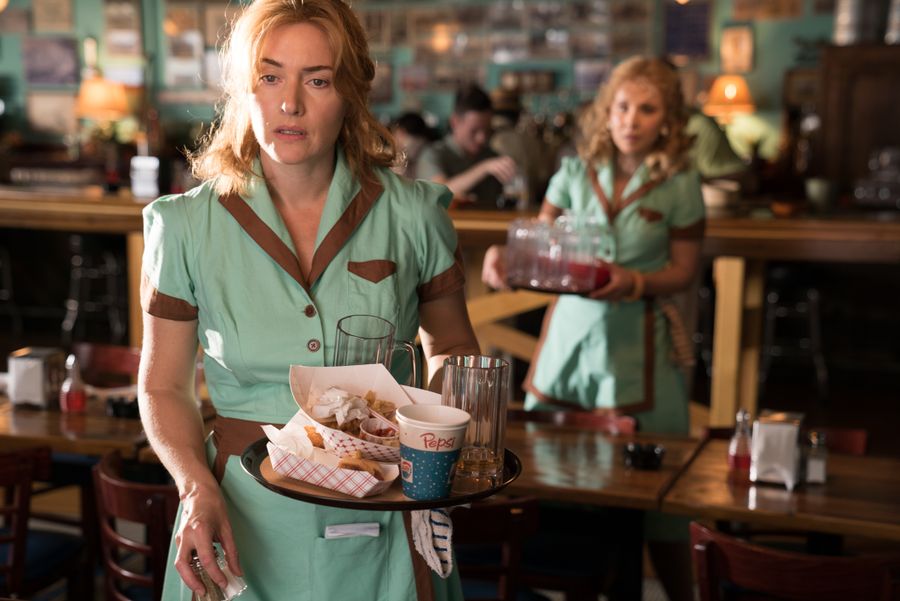 “The warming affection that the director has bestowed on so many of his best characters is largely missing. In fact, he seems barely engaged.”

“Wonder Wheel” is about a lifeguard who tells the story of a man, his wife and a visitor who turns their lives upside down. The story had a potential to be interesting but instead it’s bland and boring, the action is so slow that it makes the movie feel endless. While watching it, I really couldn’t stop thinking about when it was going to end however I did like this concept of the character of the lifeguard talking to us, it really suits the story and it doesn’t seem weird. It’s the story that mainly put me off because the visuals are honestly gorgeous; the art direction is on point, the costumes are so pretty and the cinematography is amazing [nothing that I’ve not seen before though] , as well as the acting because the cast is great. 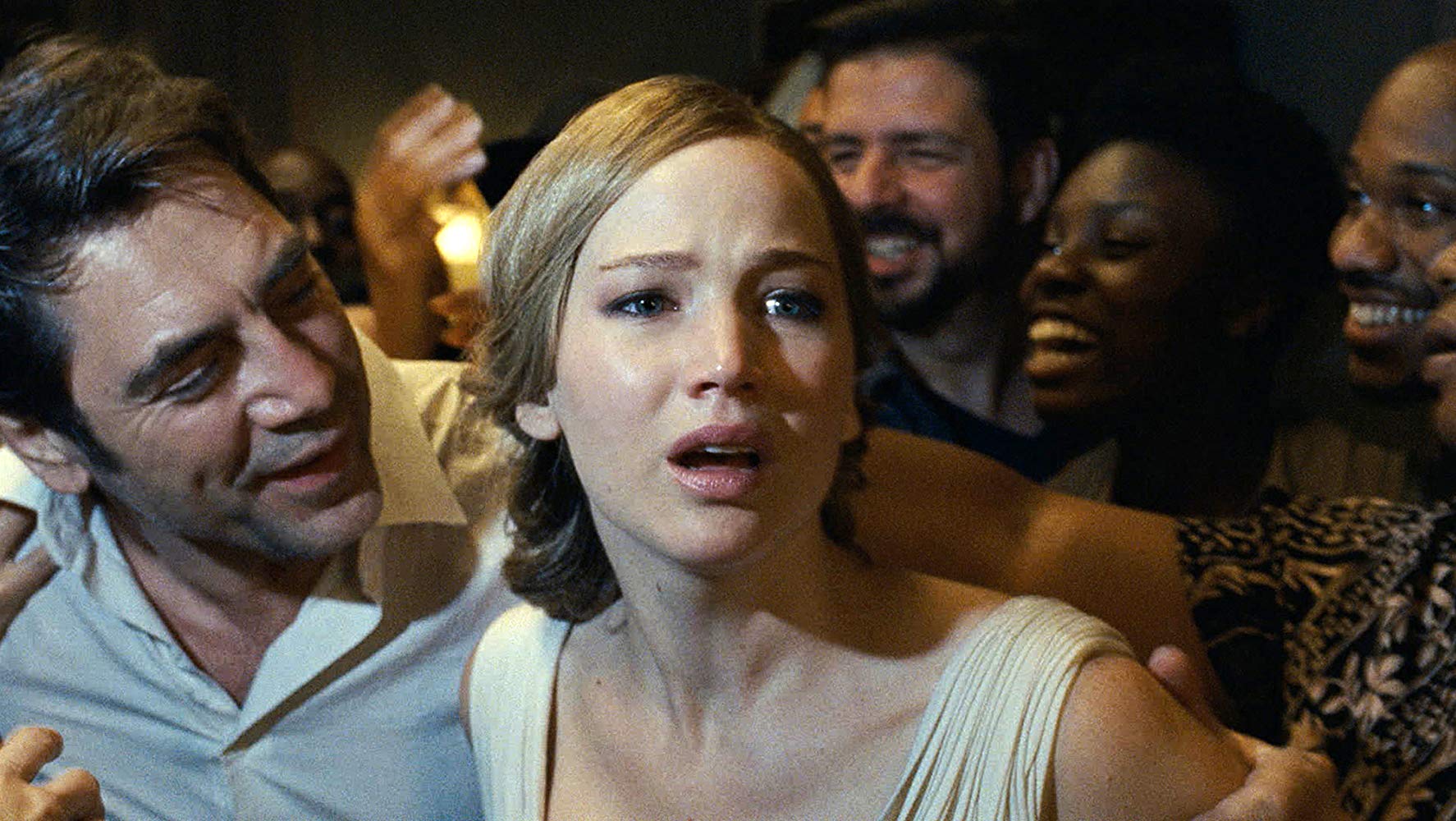 “This is a tale that, like any number of fanciful genre outings, both pulls you in with its intriguing central dramatic situation and pushes you out with some mightily far-fetched plot contrivances.”

“Mother” revolves around a couple whose tranquility is disrupted by uninvited guests. This is an experimental horror movie but don’t except it to be scary, it is actually very weird and freaky yet dramatic at the same time. I have mixed feelings towards this movie because the movie is kind of divided into two parts, I loved the first part [story wise], I appreciated the acting of all of the actors/actresses and I liked the theme behind the story however I disliked the second part of the film and I thought the movie was too experimental and philosophical too my liking. Moreover, there are a few unexplained things that happened in the movie. 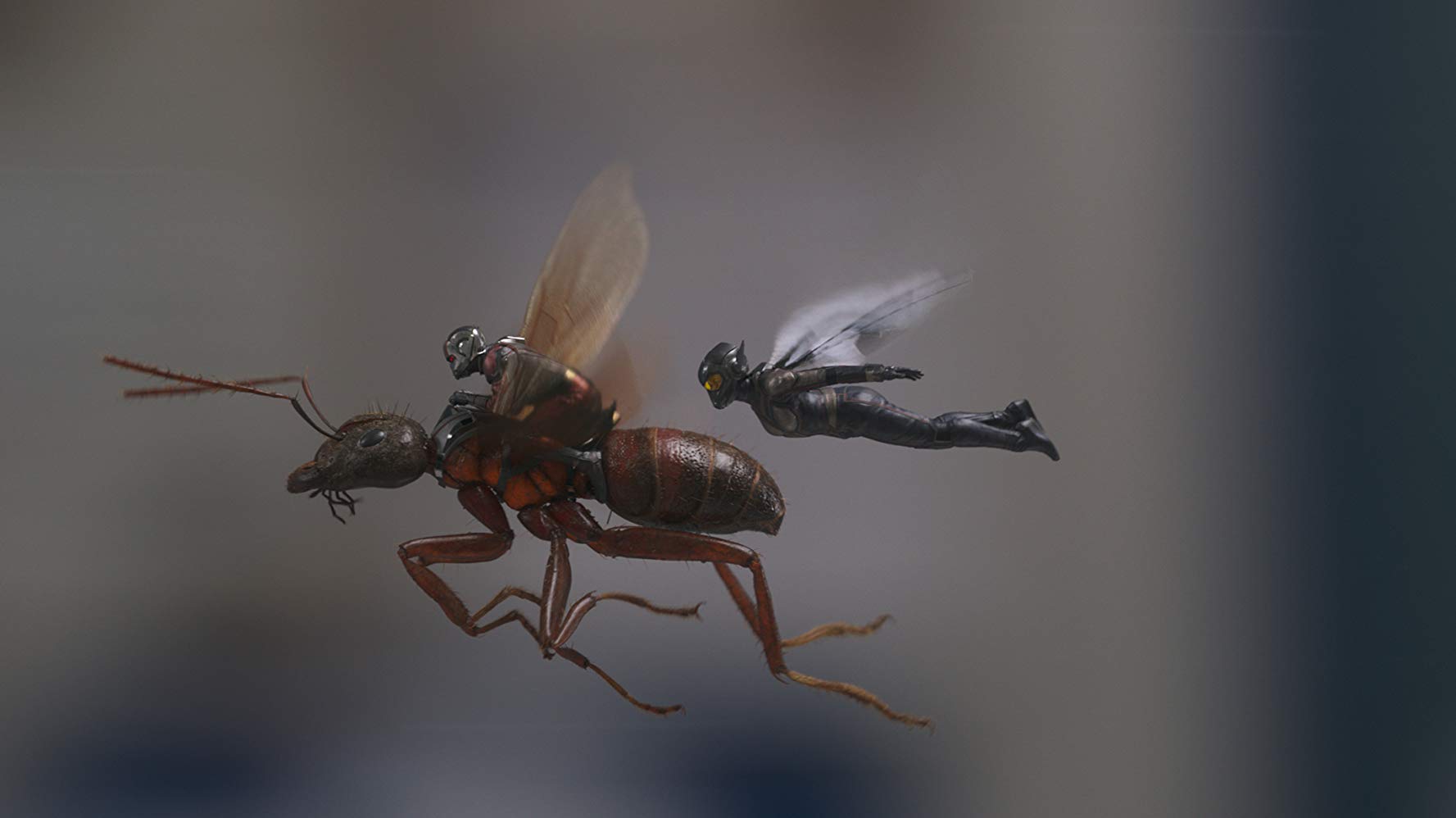 “Ant-Man and the Wasp has a pleasingly breakneck, now-you-see-it-now-you-don’t surreal glee. It’s a cunningly swift and delightful comedy of scale.”

“Ant-man And The Wasp” is the follow-up of  “Ant-Man” and tells the story of Ant-man [duh!!] who tries to balance his life as a father and superhero while Dr. Hank Pym sends him on a new mission along with his daughter, The Wasp. This Marvel is very light,  entertaining, funny, fast-paced and doesn’t take itself too seriously unlike the new Avengers or Black Panther [both movies tackles serious/important/dark themes]. Paul Rudd is definitely amazing as Ant-Man, I don’t see someone better to play that role and honestly, the visuals are breath-taking and super fun. On another hand, the story and characters are cliché and typical of an action movie. I liked the fact that they tried to focus more on the story itself rather than on the action, in general, the director was able to find a good balance between the story, the action and the stunning visual effects.

Make sure to stay in the movie theatre till after the credits. Just saying. 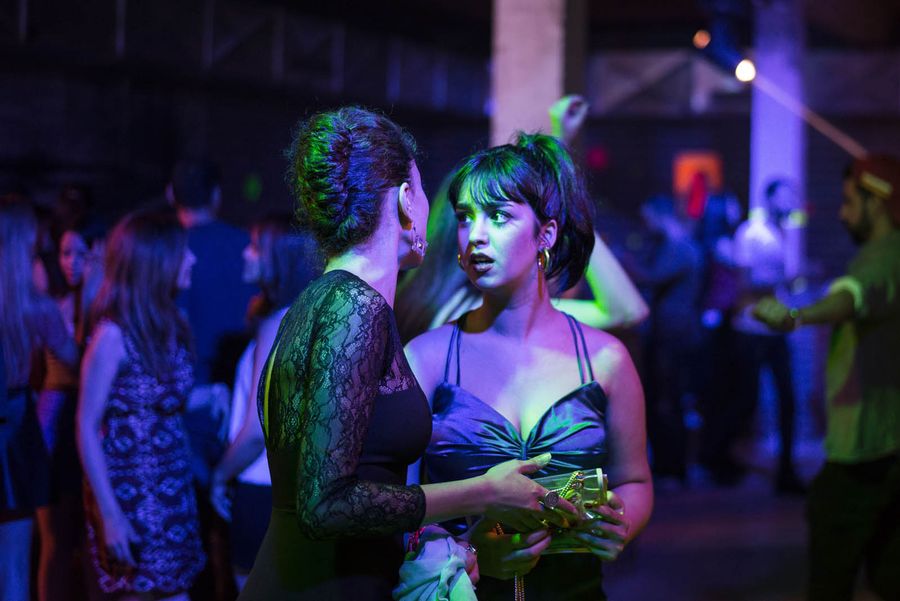 “There’s no better way to show these power dynamics than via long takes. By letting the events play out, Hania refuses to let her lead off the hook emotionally. Al Ferjani is therefore thrown into the fire, her Mariam an exposed nerve reacting on impulse to everything that occurs.”

“Beauty And The Dogs” is a Tunisian movie that was nominated for “Un Certain Regard” at the Cannes film Festival. The movie talks about Mariam who meets a mysterious guy at a student party and begins a long night during which she has to fight for her rights. I really liked this movie because it  tackles an important subject about women’s rights and the acting felt so genuine and real. Moreover,  how the action entangles is very interesting and original, it is slow and is marked by long takes but it serves well the purpose of the film. The movie wants to portray the reality of living in Tunisia and tries to portray realistic characters with a realistic situation in order to spread an important message. [I am not sure but I think the movie is based on a true story].

“Franco, who’s absolutely hysterical as the brooding, deluded Wiseau, leads a parade of familiar faces…delivering a winning, Ed Wood-esque blend of comedy and pathos that could very well earn its own cult status.”

“The Disaster Artist” talks about an aspiring actor, Greg Sestero who meets a weird Tommy Wiseau at an acting class and runs away with him to Hollywood in order to achieve their cinema dreams. This film is based on a true story and talks about the making of Hollywood’s worst movie “The Room”. “The Disaster Artist” is such a fun and entertaining movie, the character of Tommy is so interesting and a perfect subject for a film; his character is so absurd, it’s really hard to take him seriously and not laugh at his persona but at the same time, I felt like he had depth and I felt bad for him at some point.  This last point brings me to the point that  James Franco is truly amazing as Tommy, his acting is just so on point and even though he was playing a very eloquent character, his acting feels real. I was truly afraid this movie would be a bad rebaked of “Ed Wood” but no, it’s just amazing!