In this second part of the Kingsman’s films, directed by Matthew Vaughn, the world is threatened by a new organization named “The Golden Circle”. While, the Kingsman’s headquarters were destroyed, Eggsy and Merlin are forced to unite with another spy agency in order to save the world.

I usually always find sequels to be a failure and even though, there’s nothing surprising in the new Kingsman, I think it is an epic success.

I am going to start this review by talking about the story: like I mentioned above, there’s nothing surprising in the new Kingsman, the plot is basic and deja-vu. Nevertheless, the movie is still as amusing and fun as the first one and I just love the sarcasm in the film [I laughed so hard during the whole film]. Furthermore, there is no way on earth that you can’t appreciate the characters; they are so lovable, enjoyable, memorable and they make the movie 10 times better, especially the new villain, Poppy.

Talking about Poppy, I think Julianne Moore did an amazing job as a psychopath; I was so impressed by her performance as the villain, in fact, Poppy is my new favorite character!!!

Now let’s talk about the cinematography/production design: the visuals of this film are very dynamic with a really colorful production design, saturated image and energetic camera movement. Each shot is very systematic and perfect [Like the Kingsman, duh] and, in general, the cinematic technique is very modern and crazy: literally, the camera goes from top view to low angle to close up in one shot only. I think this type of technique makes the fight scenes way more intense and fun to watch and it suits with the theme of the film [agents with really fancy, original and high-tech weapons]

Here are some still shots from the film: 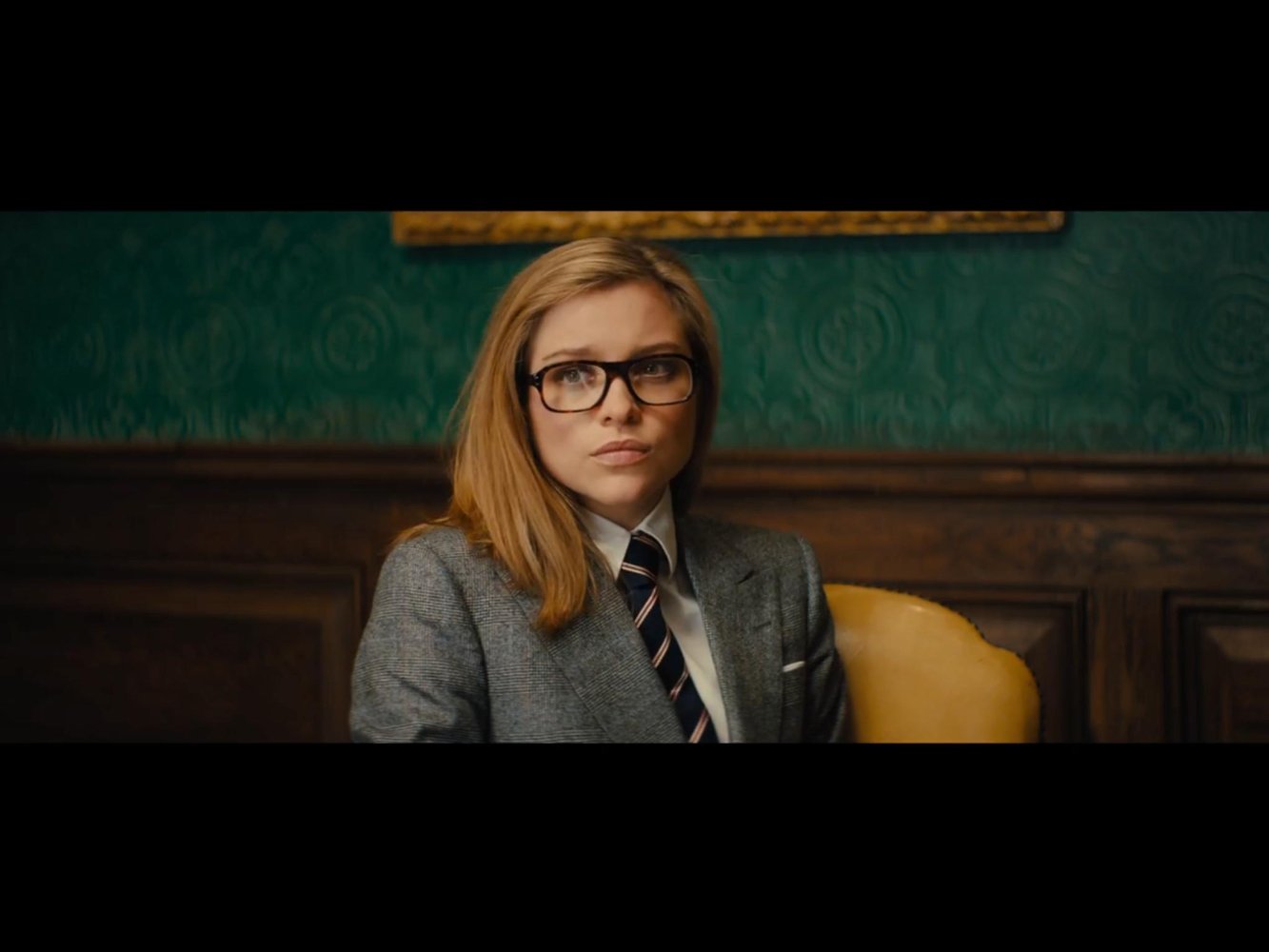 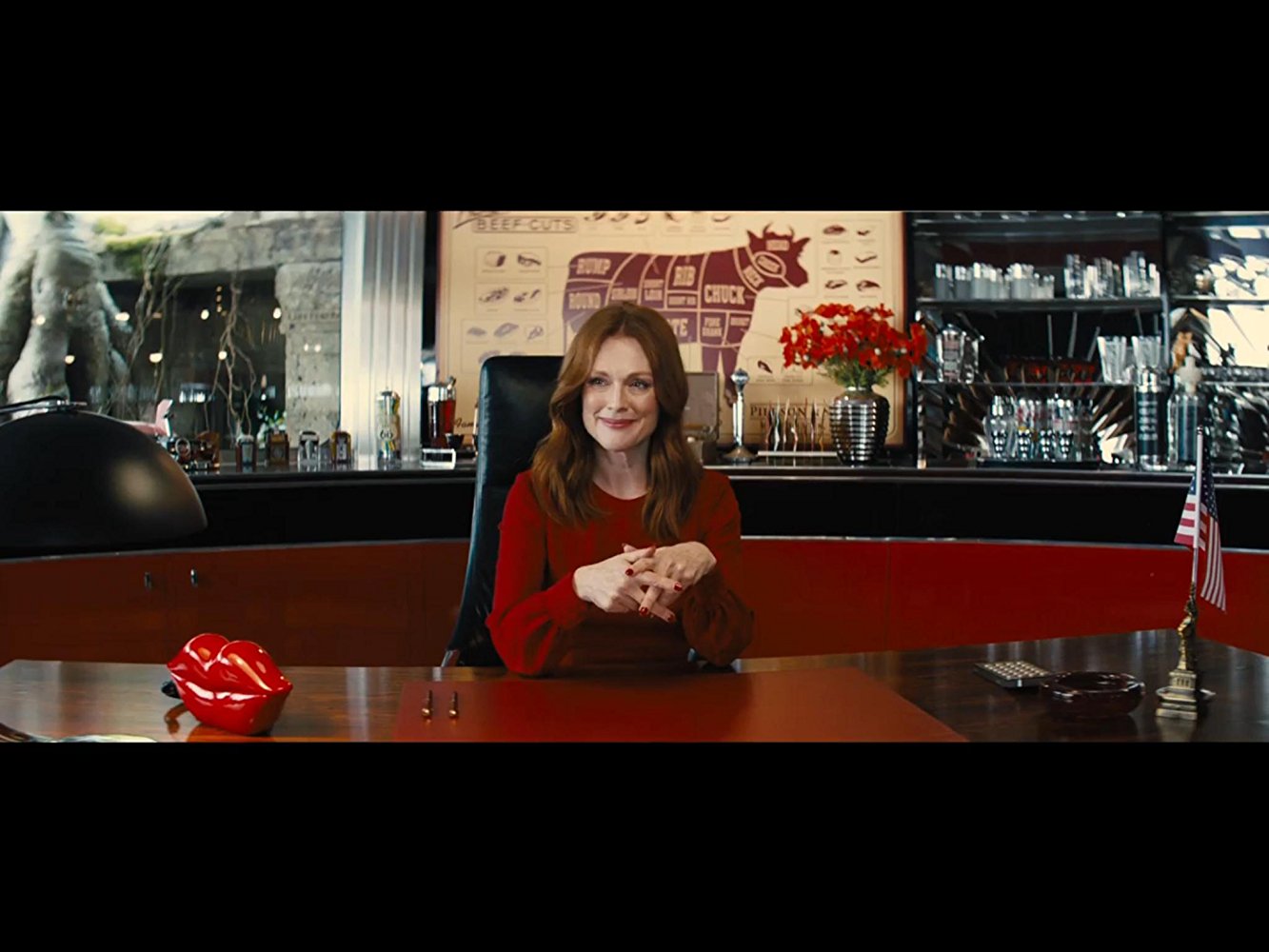 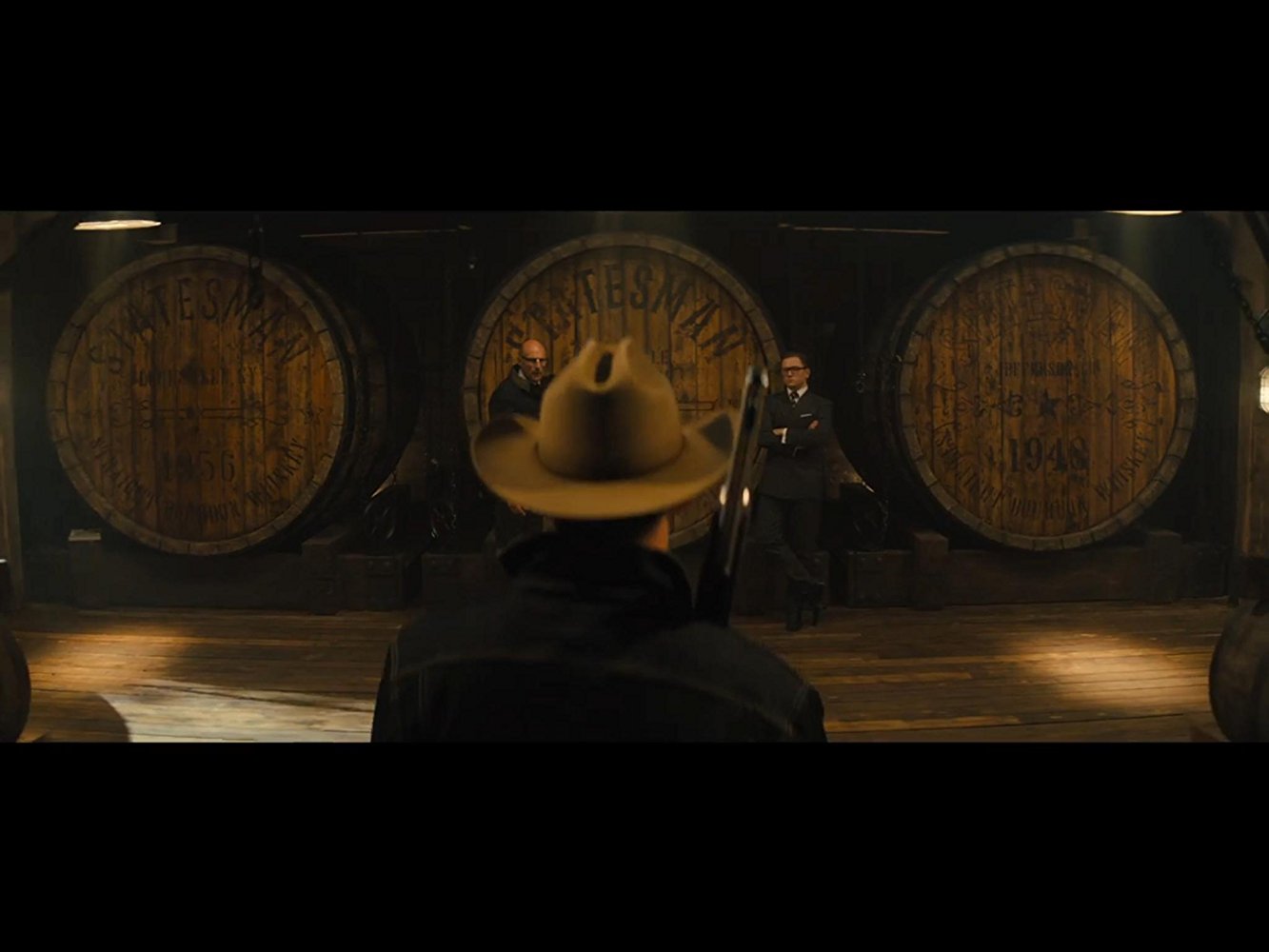 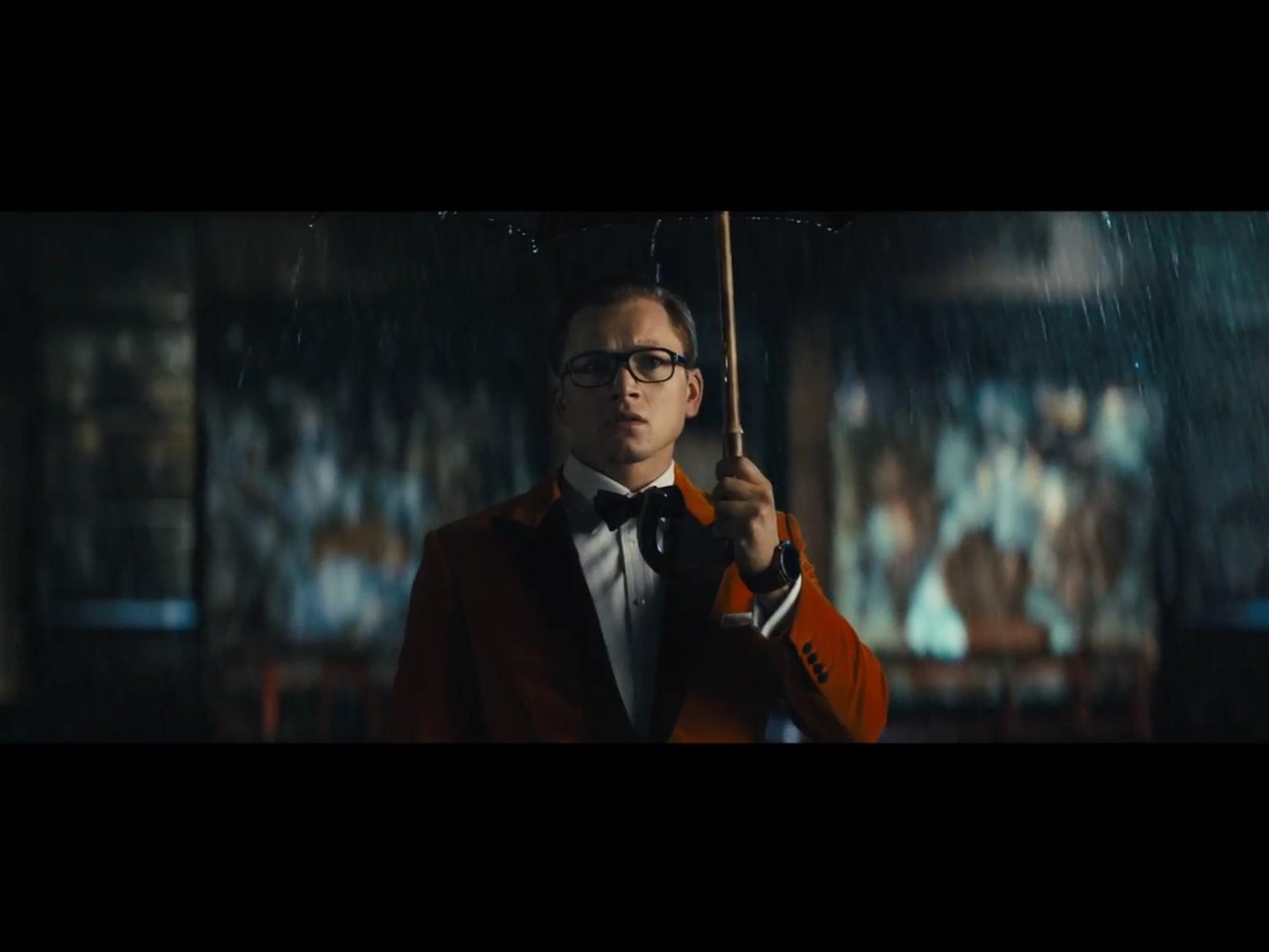 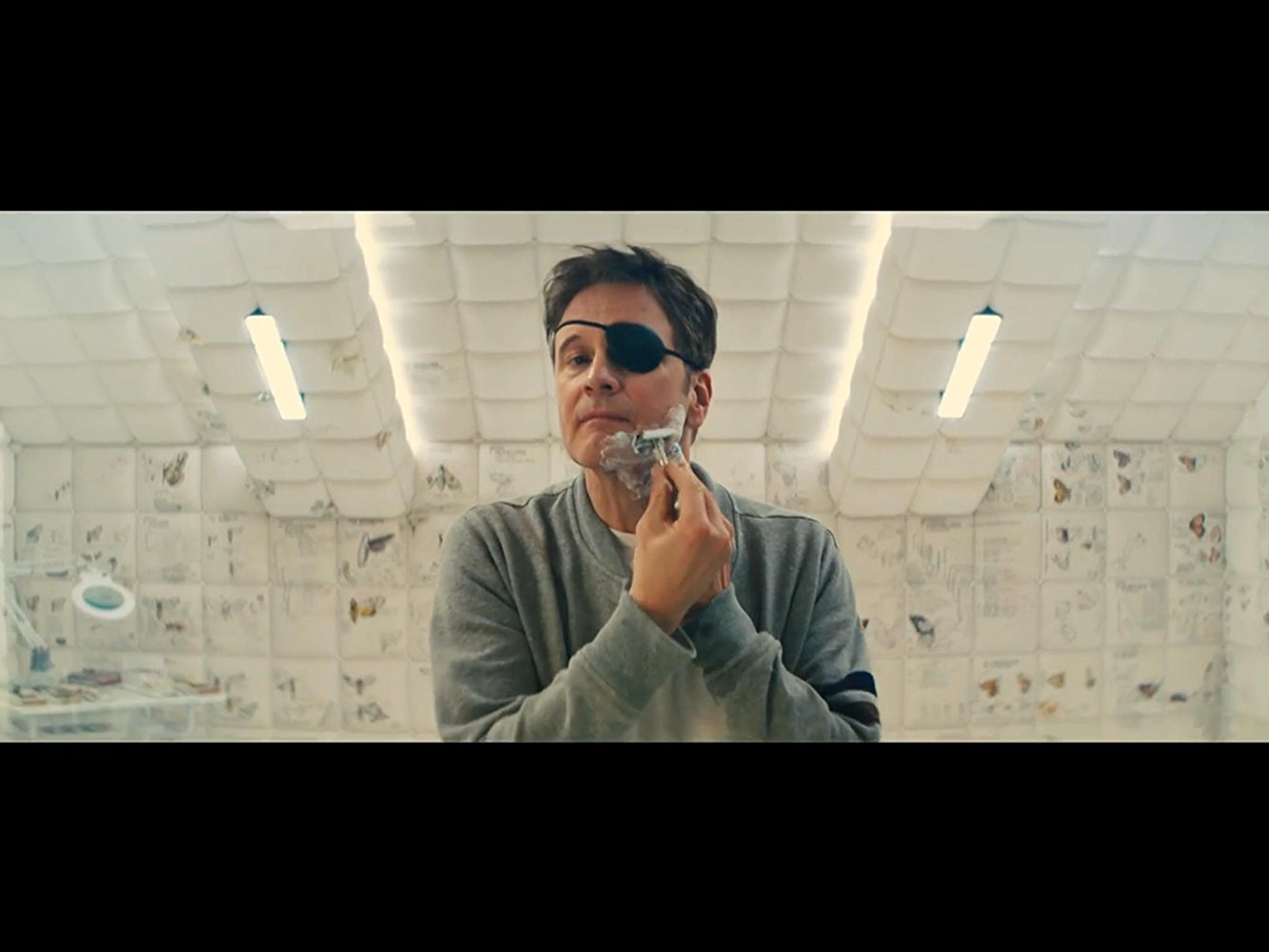 Before ending this review, I just want to mention that the soundtrack is very motivating and dramatizes the scenes accordingly. On top of that, I really love Kingsman’s theme song.

In conclusion, I really advice you to watch “Kingsman: The Golden Circle”, it is a very entertaining movie and you definitely will not regret watching it.